So...about three days, 505 little crosses and lots of backstitching after you last saw him, little Toby was finally finished - and he also IS my very first cross stitch finish for this year! 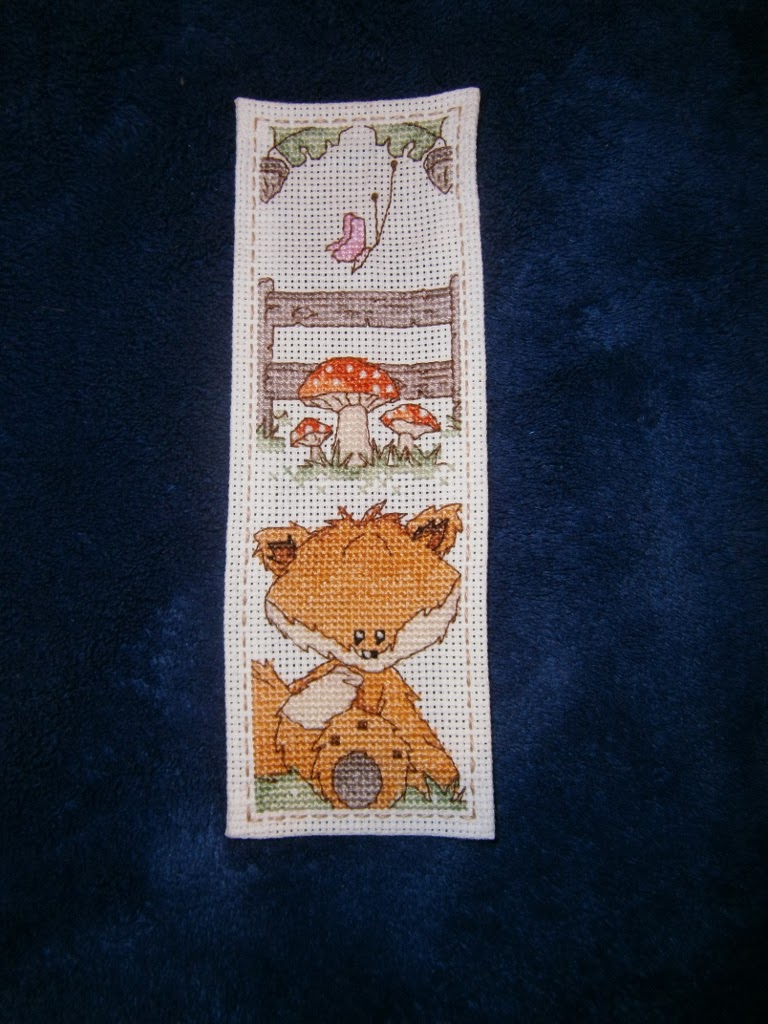 What's curious is that even though I really love the woodland folk-series and I had a lot of fun with Toby, I don't feel like doing any of the others - might be that all that backstitching *was* a little tiring.

Be that as it may, I have a cute little bookmark to go into A Dance with Dragons now. One can never have enough bookmarks, and I had about - none. So probably, I will make some more in the future, but not now, because now I'm super-motivated for my other projects, with which I have been very busy this weekend (making up for the not-so-good IHSW), so there probably will be another update really soon. While being busy, we finished season 7 of NCIS, and now I have ordered season 8 which we already started, because it finally dropped into my price range (well to be honest, it was still a few euros above, buuuut season 7 ended with a very mean cliff hanger and I HAD to know what happens next). While we were waiting for the parcel to arrive, we started watching Fringe, which we will continue watching after NCIS (while waiting for season 9 to get a reasonable price...).

Also, I did some shopping yesterday! Stitching supplies were carefully avoided, so I can actually finish January's Stitch from Stash with a big round zero, but I did get some yarn for exciting new croochet projects. 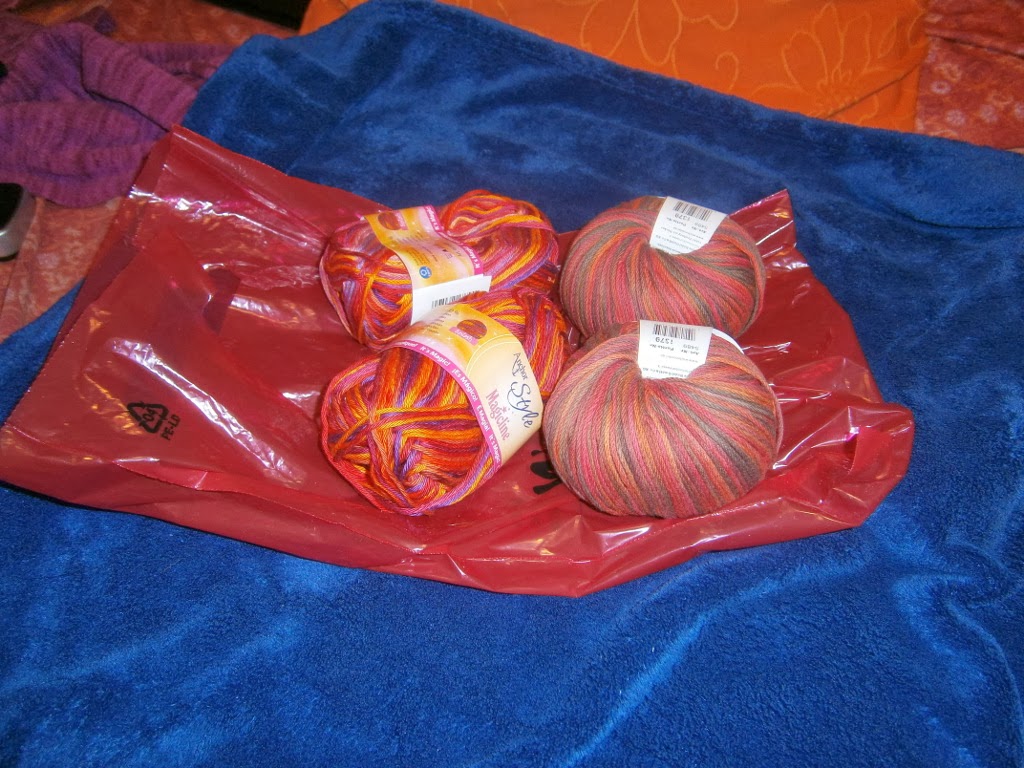 Well, actually, the projects aren't that exciting, it's just me who is excited, just some oven mitts and such, but still. Also, this yarn is way to expensive (~3.50€ per ball, which is abot $4,80 - it's a good thing it's not Crochet from Stash or something), but I liked the colors so much, and I know that it's just perfect for what I want *sigh* Still, I'll have to try and get on with the cheaper stuff eventually, I'll need quite a few even mitts when I actually want to learn cooking - I'm a little, let's just say accident-prone, and stick with that.
Posted by Leonore Winterer at 21:53

Well done on your first finish of the year. I shall look forward to seeing your dragon bookmark and also your progress on Peacock Tapestry.

Wonderful first stash report. Mine has just been posted too!

Nice finish!! I love crochet and cannot wait to see what you create with that yummy looking yarn :D