Looks like just when I was telling Carly that strict rotation rules don't work for me...I found one that does! At least, it did for the last week, we'll see how lonk it will last. It's a fairly quick rotation - last weekend, I was changing twice on some days - but that's just the thing I need with how...monotonous Peacock Tapestry is at the moment. What I'm doing right now is the following: I divide each border section into three parts (inner border, outer border, and the part in between), than I alternate one of these with three 'blocks' (the 10x10 sections on the chart) of the Little Mermaid, and both are getting on just lovely right now. 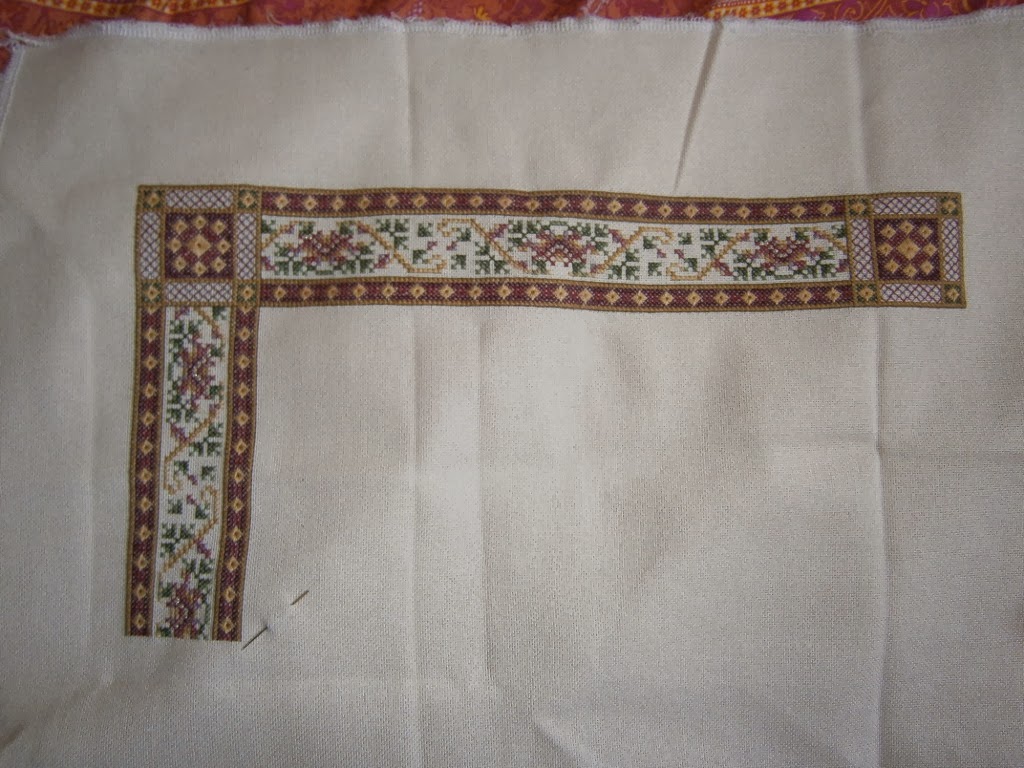 So today, I finished the next segement of Peacock Taprestry(which means another 960 stitches, for those of you who count) - only two more and I'll be at the lower edge! I had a nightmare today of how I reached the lower edge and it was only about ~1/4" away from the edge of the fabric. I need to get there quickly and make sure that won't happen for real!

I also made some nice progress (432 stitches, to be exact) on The Little Mermaid. It took me a while, but I think I might have found my 'flow' on this one now, too - or maybe it's just that I reached a section where I don't have to change the color after every two stitches. Anyway, if I can keep this pace up, I'm positive that I will finish by April, which is kind of an unofficial deadline for this piece. 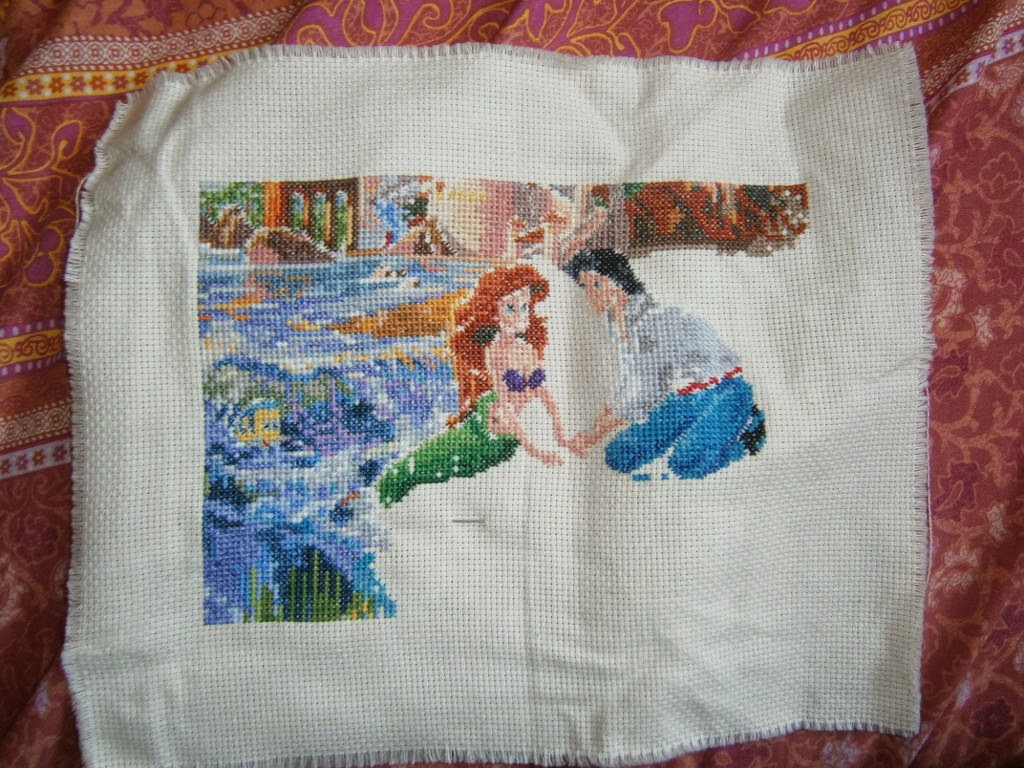 I've also done a lot of gaming over the course of the last few weeks, because I had promised my friend Steffi to hurry and reach endgame in Final Fantasy XIV - which I did this morning, so hopefully, there will be more time for stitching now! Or maybe not, because FFXIV is really the only MMORPG since Ragnarok Online that has managed to actually grab my attentions and made me want to go raiding. I've never seriously raided before, a whole new experience for an old nerd, hehe. Well, hopefully, it will at least keep me from this crazy thoughts of kitting up yet another TW-design sometime soon - not that I could if I wanted, because why do they have to stop making certain kinds of fabric? Sigh, first world stitchers problems...and than I saw some beautiful dark red linen at a sale today...I might just go back there next week, and if they still have it, I might just ruin my nice 0$-SFS-balance.
Posted by Leonore Winterer at 19:50

That border is looking gorgeous, and yes you should ruin your $0 balance, mainly because I ruined mine, I'll try for it again this month, but my floss seems to be running out quicker than expected.

How fun! That border is gorgeous and I really hope your dream DOESN'T come true. Now, about that dark red linen?.........

Thank you :) Don't worry, I already ruined it today, though no with the fabric yet...but that will probably follow ^_^

Haha, thanks...I did measure quite carefully so it shouldn't happen, but it was still a scary dream.

That border is just amazing!!! Also...is that a Thomas Kinkade Little Mermaid?

Why yes, it is ^_^ Took a while getting used to all of this confetti-like stitching, but I love his patterns and really hope to get around and do one of the big ones eventually...

Lovely to see your progress on Peacock Tapestry - I may well be asking you for advice when I finally get round to it. Mermaid is also looking good.

You are stitching up a storm!

I just finished reading all your posts and seeing your projects progress at highish speed is impressive :)

NOOOOO!!! Resist the call of the linen. LOL!!

Peacock is looking great, and with your smoking needles on Little Mermaid, I'm sure you'll have it done by April. :D