Here's my January sign in for the HAP SAL hosted by Stacey of Crossed Stitches. There's no official sign up page as of yet, but I don't want to be late so I'll just post now anyway :D

So after a late start on the 13th I gained some ground by focusing on my project and not stitching much else. My main goal for Dark Force was to stitch one block (of 10x10 stitches) a day, which I reached (including catching up the first 12 days of the year) on the 25th. But I wasn't content, because I have another goal which would be so very nice to achieve and that is one column a week. Doesn't sound like much of a difference, considering that wach column is only 8 blocks, but since we are currently in week 5 it does mean I have to catch up one more row. I *might* manage to do just that over the weekend, which is really exciting! So far, I'm at four columns -> 4*8 = 32 blocks -> 3200 stitches, and I really love what I see so far. 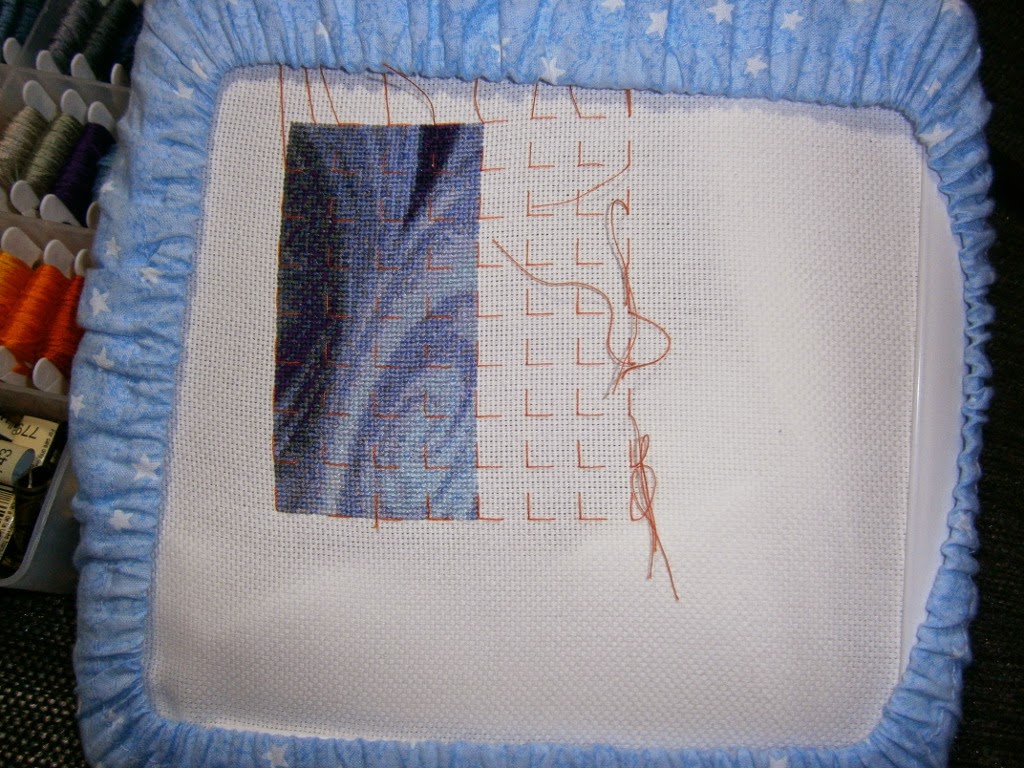 So my goal for the weekend is the fifth column, and hopefully also to finish the current page on CTC. Look for a proper update on Sunday or Monday :D
Eingestellt von Leonore Winterer um 19:34

Gorgeous. I love it.

You are speeding along!

Swirling blues! No wonder you are enjoying it so much!

Yup! There's hardly any really big blocks in this, without being confetti all the time too :)

The background here is really interesting, never just big chunks of one colors, but all those swirls and smoke figures. But you're will be that much more detailed when you get there!