One thing I wanted to do for this year was talking a bit about holidays in Germany, and how they are celebrated. I had a little talk with my girls (One Candian, three US, and one Dutch based), and we agreed that in the media in general and the internet in particular, you can find quite a bit of information on holidays in the US, so I know I bit how they celebrate, but vice versa, information is quite a bit more sparse. I'm actually a bit late to start this as the first holiday I'm talking about is January 1st, and today is already the second noteworthy one, but I hope to be more on time for coming ones. Depending on where you live, these posts might be closer to or further from the way you celebrate yourself. There won't be anything else in this posts, so if you're only interested in crafty stuff or books or movies or whatever else, feel free to just skip them.

As my 'research' (mostly wikipedia *cough*) has shown that not even the term 'holiday' means the same in all countries, let me start be explaining a few basics. In Germany, a holiday means basically the same as a Sunday: All stores and businesses are closed, exept for emergency staff like hospitals, firefighters, some pharmacies and gas stations. This is rule is starting to relax a bit, as especially in big cities there are sometimes 'sales open Sundays', where lots of stores are open anyway, but I'm not a big fan of that, and the rules about it are still quite strict. Some entertainment businesses, like cinemas and theaters and most restaurants, are starting to generally be open on Sundays and holidays.
Germany consists of sixteen states. While we have a 'Basic Law' that is valid for all states, every state has a certain level of souvereignity, and holidays are part of that, the only exemption being our national holiday on October 3rd. Apart from that, there are eight holidays that all states share, and a few extra one in each states depending on local culture and religion (some areas of Germany a predominantly Catholic, some Protestant). That's why there are some 'holidays' that, while celebrated, are not official holidays according to the 'no work' thing. I myself live in Baden Würthemberg in the very south west of Germany, a predominantly Catholic region (but I'm not), so what I write here doesn't necessarly apply for all parts of Germany.

The first day of the year is also the first holiday for the whole of Germany. I think this is really nice, as everyone gets to sleep in on New Year's Day, after partying the night before :D A little historical excursion; the Romans where the first to set New Year's Day on the 1st of January in 156 B.C., before, it was the 1st of March. Pope Innozenz XII. made it uniform for all of Europe in 1691, although most of Western Europa has used the date since the middle ages. For some time, the church had used Christmas Day, the 25th of December, as New Year, and there was some confusion going on to which year the days between Dec 26 and Dec 31 belonged - that's why they are often still refered to as 'between the years'.

In Germany, as in probably most other countries, New Year's Day starts right at 0:00 with a big bang - fireworks. It's also common to clink glasses with sparkling wine, champagne if you can afford it. Once you return inside from the fireworks, at least we do that in my family, you sit together for a bit longer, drinking tea and eating a New Year's Pretzel (research tells me that the shape depens on the area you're in, for us it's a pretzel). It's made from yeast dough, and heavyly decorated with braids and flowers and sometimes letters as well. The size varies, depending on how many people you have over- there are small, plain ones you can eat alone, and big ones that will feed a family of ten :D It can be a little dry, so I usually eat it with a bit of butter. 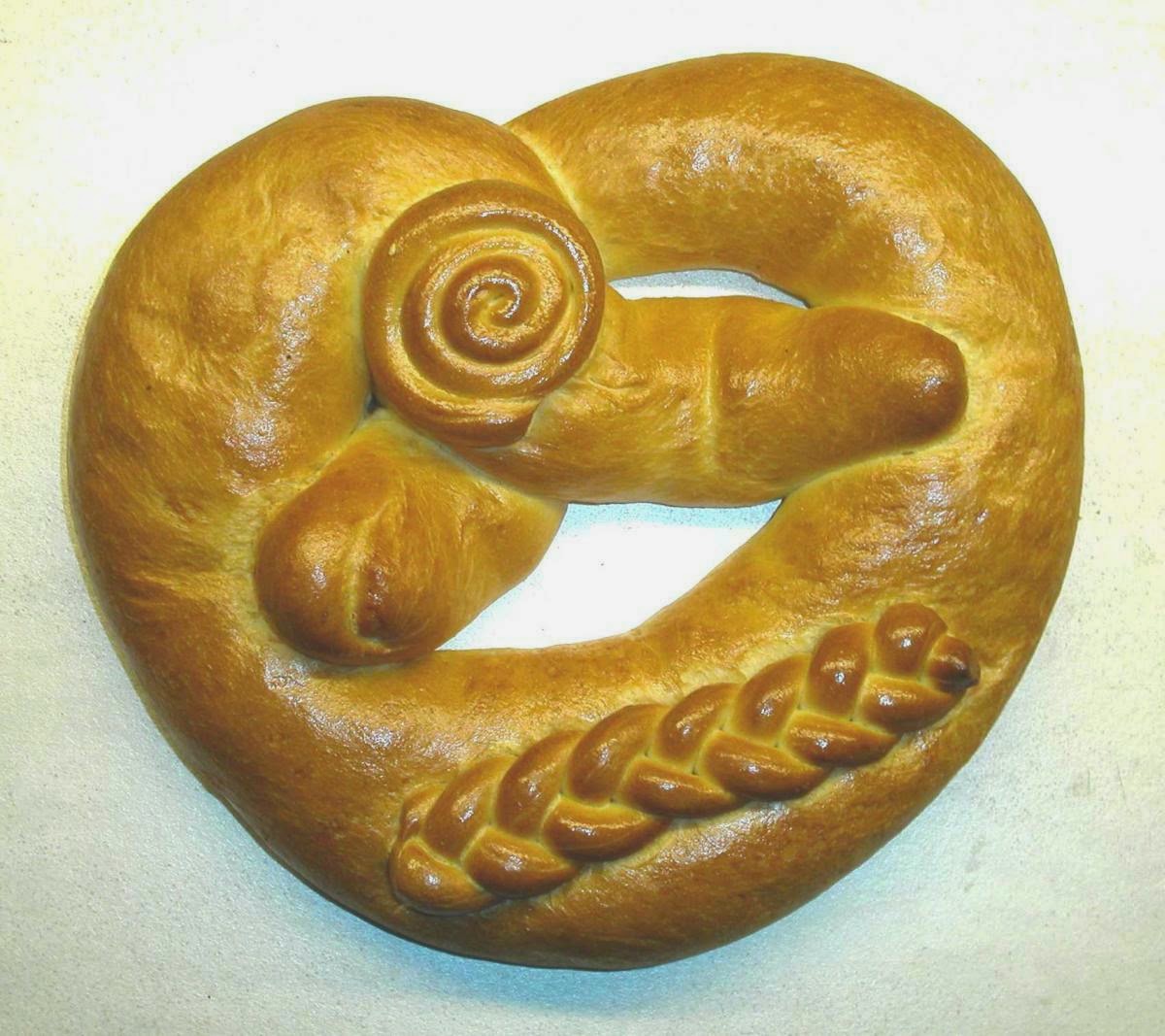 On New Year's day itself, it's common to take a walk and visit relatives to wish them a happy new year or 'Prost Neujahr'. Children will sometimes get a bit of money from those visits as well; though I do believe that's mostly bribery to make them come at all ;) While my family didn't practice this, traditional food for New Year's Day is, depending on the region, either lentil soup or sauerkraut - both are said to bring good fortune to your finances for the year!

Thank you for sharing! I found it very interesting (and now I'm craving sauerkraut).

This is so wonderful, my family (bunch o' farmers) eat black eyed peas on New Year's Day to remind us of where we come from...or rather...don't forget that if times are good now, they may not be later.....a gentle reminder to stay humble. We usually put the ham bone from Thanksgiving or Christmas supper in the pot with the beans, but I think that's just my family.

I love the pretzel! This also explains why you have been away longer than we thought you would be ha ha! Prost Neujahr mein freund!

I love this post. It's very interesting to me to see the way things are celebrated in other parts of the world. I may be adopting the pretzel tradition as it sounds much more tasty than black eyed peas!! I'm of mostly German descent anyway, so it works. Haha

I am so glad you decided to do this, I love learning about, well, everything and you know I have a thing for holidays, So thank you

Interesting! I have a close friend whose German and lives in Germany and I do wonder about these things. I never think to ask him though. Thanks for the information.

That was a great post! I lived in Germany (Munich area) back in the early 60s and have a picture of me with a huge New Year's pretzel hanging around my neck. I seem to remember it hung on the bed post for a number of days until it got stale and was thrown away. Black-eyed peas, or folks in my area (central Virginia) and a lot of the south fix Hoppin' John, are the only real New Year's food traditions that I know of. I don't partake as I don't like black-eyed peas but I do try to make a special dinner in the thought that we should "start as we mean to finish" so if we start out good we will end the year in the same way.

I'm glad you liked it, and I love sauerkraut!

That sounds like a nice tradition as well :) Prost Neujahr to you as well!

I'm glad so many people like this :) The pretzel is indeed yummy, although it gets dry quickly. It's always a bit of a struggle, because the big ones are so pretty, but we never get them eaten fast enough!

Though I was almost sure you'd like this, I'm still glad to hear you do :)

Glad to share :) What part of Germany is he from; do you know?

Oh, I didn't know that...I was in Munich on New Year actually, it's a nice place to live :)