Another week of progress and awesome news!

Yet again a week has passed, and I'm really enjoying staying at home, doing my stuff, stiitching and being a bit lazy. I'll start traveling again soon enough, so I'm really glad about a bit peace and quiet :D

Well, not that much peace and quiet actually, because I also have some exciting news to share: yesterday, Felix and I signed the lease for our very first apartment, and we'll be moving by the 15th of October! I might share some pictures with you later, but for now just believe me that it's the most precious little apartment ever and we are super excited!

So now we'll have quite a few more things to take care of, but stitching is still on my list of top priorities - I want to finish Angel of Frost by christmas! So far, I'm making good headway there, I stitched a bit every evening since Monday, and is shows. 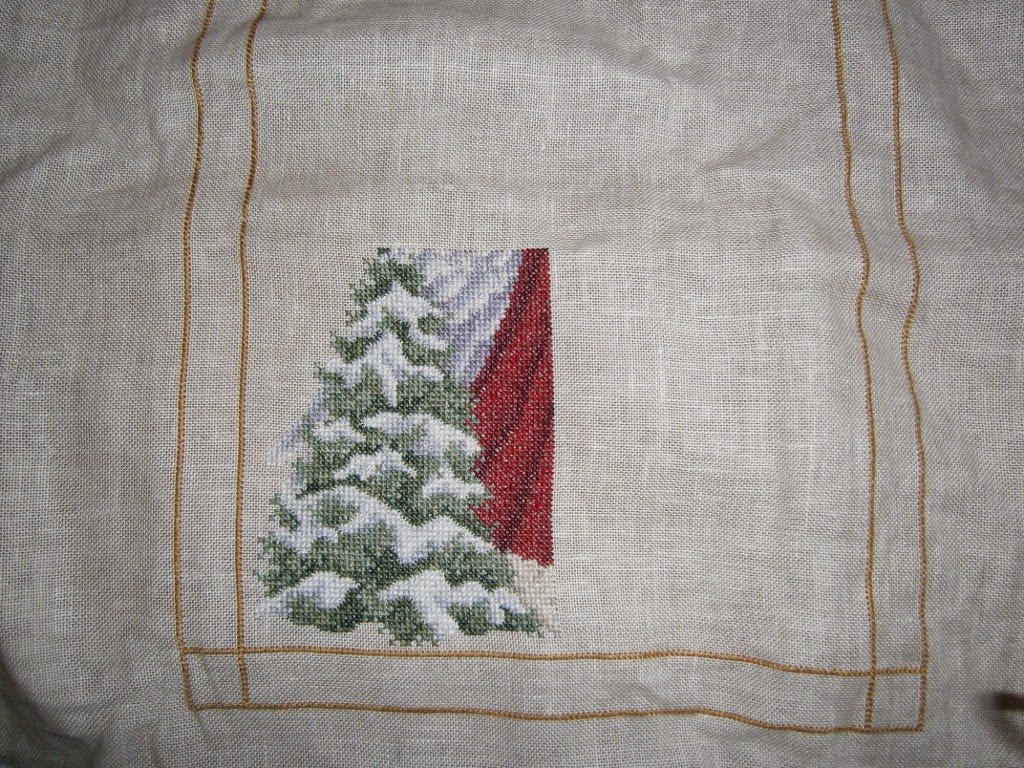 My friend Carla demanded I stitch more wing, so wing I stitched, until I reached the upper edge of the page, and than I moved on to finishing the tree (well, a bit of tree might stick out to the next page still).

Now there is more wings so stitch on the other side of that tree, and than a little more tree in the background on the very left, and if everything goes as planned I might well have a page finish to show by next week, no wouldn't that be exciting as well? :D

I also made some progress on the gaming-side and finally finished Rayman Legends on my PS Vita. I've loved the Rayman series for many years, and especially enjoyed the recent reboot with Origins and Legends...good, classical plattformers, not to hard and not to easy, what more is there to ask :) Well, maybe NOT to include an incredibly time-consuming online modus which I have been playing every day since christmas. But now I'm done, and all-mighty proud of myself ^.~

Some watching happend as well, of course: Felix and I finally started Breaking Bad and watched all of Season 1 during the week. We had pretty high expectations, considering all the praise the show received, and so far, we are not disappointed. Yesterday, we took a little break before starting Season 2, and watched Letters to Juliet. I'm not a huge fan of the genre, but I liked the setting on this one, even though it was quite predictable most of the time. But even Felix enjoyed it, so it can't be that bad :D

So that's it for this week - tomorrow I'll drag Felix to some furniture stores and the rest of the weekend and next week will be busy with university stuff and more stitching, so mostly pleasant things :)
Posted by Leonore Winterer at 10:11

You got lots done, and the wing is looking beautiful. Congrats on the apartment, I'll enjoy hearing about everyone's move while I stay home and relax, (or if it's like last month, work my butt off.)

Very nice progress and congratulations on the new apartment.

Tons of congrats on the apartment!! You guys just have to be super excited ^_^. And lovely progress, as always hehe.

Yes Nany, you'll be out calm spot while everyone else is panicing with moving stuff around!

We sure are! So much to do, but we'll manage, we always do :D