Another month has come and gone and I've been working on my SALs - I really should be saying SAL, because of the ones I meant to keep up with/catch up on, I have only stitched on one, the Temperature SAL. I added the July temperatures (very uniformly yellow!) and also stitched a lot of the border. The bottom is almost done and I think I'll finish it (except for the initials and year, which will be added at the end of the year) this month! 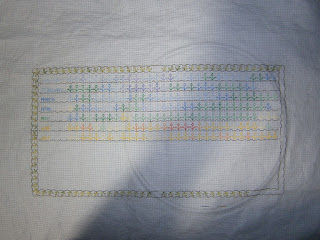 So why do I still keep the 's' in the title of the post if I've only been working on one SAL? Well...I might have caved and started a new SAL, and I *might* have already fallen behind on it again! Faby Reilly released a new Mystery SAL in June, and after how much fun I had with Zoe (and the size of this one seemed really reasonable too!) I just couldn't resist. It took me a while to get all the supplies together (mostly because I messed up and forgot to order things over and over - I'm still missing some but hope I'll only need them in later parts), but I finally got stitching and managed to finish part 0 (which was the outlines of the different parts that will be assembled in them creative way I haven't wrapped my head around yet) and part 1 (which included two small stitched sections and adding felt to four others): 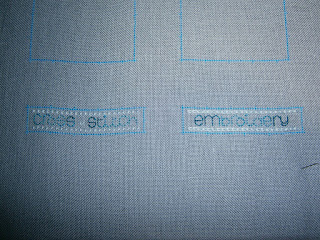 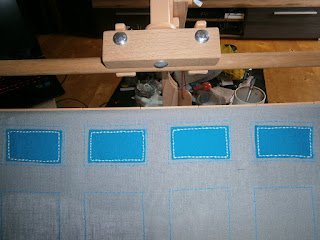 So far, the SAL has released up to part 4 - parts 2-4 are all in the first of the rectangles you see outlined up there, and that's my goal for August! There is another part releasing on the 23rd, and once that drops I'll decide if I want to stitch it up in August too or wait until September.

Nice progress on both SALs! I look forward to seeing what your new one looks like when you're all finished--enjoy!

Intriguing SAL and I love Faby Reilly's designs. I will be living through your posts on this one. I am hopeless at SALs and KALs and have far too many that "I'll catch up in no time" didn't work for. :-) Good for you getting caught up on your temperature track. I'm hoping to get mine caught up soon (just like keeping up with my SALs and KALs).