Last weekend was the IHSW for May - coincidentally, it was also Pentecost, giving me Monday of for a glorious three days of stitching - or so I thought. Of course, other things kept getting in the way (some of them quite enjoyable, like visiting a flea market or dinner with my grandparents, others less so, like Felix working and being on the phone all day for several projects on Monday), so less stitching than expected happened, but still, progress was made.

I chose two focus projects for my stitching this weekend - one was my usual 99, where I had just barely made a start on page 5: 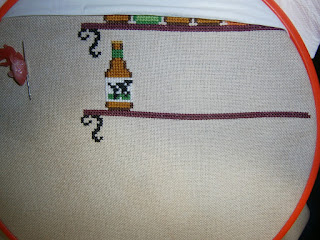 The other one was actually a new start from just last Thursday. I realized that I was becoming increasingly frustrated with 99, mostly because I just wanted it done so I could start with my next project that is also deadlines (for July 2019) and so complex that I wasn't sure a year would be enough time to finish it without going on full on OaaT-mode. So I thought I'd just give myself a break and start it right now, getting a bit of a head start while still working on 99 continuously - so far, it is working quite well. I am, of course, talking about Teresa Wentzlers The Mermaid, which was here at the start of IHSW: 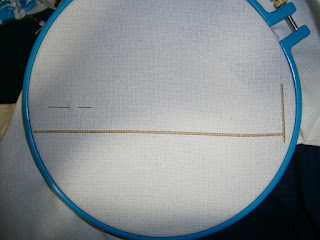 Then I started by not working on one of my chosen projects, but instead finish-finishing my February Amethyst ornament, which was also a good thing to do: 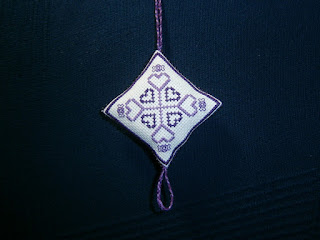 I also stitched the backside for the May ornament and still hope to get that finish-finish in before I'm due for the Zodiac SAL checkin!

On Monday evening (most of my stitching actually happened on Saturday, I think), 99 was here: 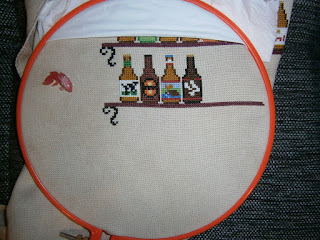 Just three more bottles BUT that brings me down to just 29 left to do! Woo!

And the Mermaid was here (the picture is actually Tuesday morning, so maybe try to imagine 100 stitches or so less!): 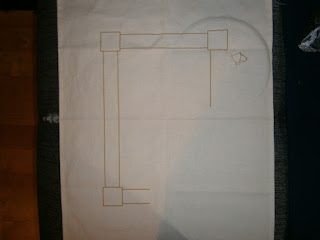 Posted by Leonore Winterer at 16:20

Good idea to set aside the frustrating piece until it decides to behave. Very nice start on your TW. I just bought the floss for several of them, don't know when I'll start but when I get the urge I'll be ready.

The bottles are progressing nicely. Having a deadline to finish makes it hard for me to stitch. I always want to work on other things! Your February ornament turned out absolutely gorgeous!

Beautiful progress on both pieces. Congrats on the gorgeous finished piece too.

It's all progressing so well. Great idea to put the bottles aside for a little bit x