The Teneous Shoe-Horn: Loved Ones

Jo, who's famous for her blog hop and link parties, is hosting a summer shoe-horn link up with the subject being 'loved ones' and how they tie in with our crafting and stitching. Now for everyone who has been following my blog for a while it won't come as much of a surprise that I wan't to talk about my grandma - she's the one who got my into crafting in the first place, and one of my biggest supporters up until today.

My grandparenty and me always had a special relationship. When my dad moved out when I was two, and Mum was still training to be a prosecutor and later working as one, I spend I lot of time at their house - even before, but from then on, I basically lived there, with my mum only picking me up in the evenings, and when I started school, I stayed with them all week and only went to my mum in the weekend. My grandpa built me a room to move into, and they basically raised me for most of my childhood. I lived with them until I moved in together with Felix not quite three years ago.

When I was five or six, my grandma taught me how to crochet. I had a plastic dinosaur doll I adored, we would always do roleplays involving him and several other dinosaurs and other animals, and my first projects were a scarf and then a sweater for him. When we did some basic embroidery in school in grade two or three and I really liked it, she baught my supplies and books and my very first counted cross stitch project still hangs framed at their place. 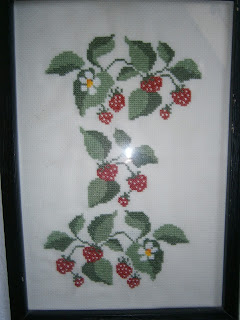 I made a lot of things for her, depending on what craft was my main focus at the time - like these turles, the pattern of which was my very first Etsy purchase. 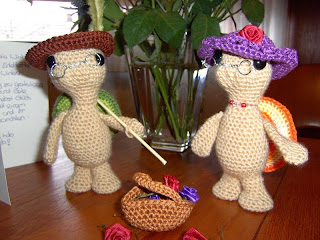 And when my love for cross stitch re-emerged after several years without stitching, it was with a design to celebrate my grand parents diamond wedding anniversary. 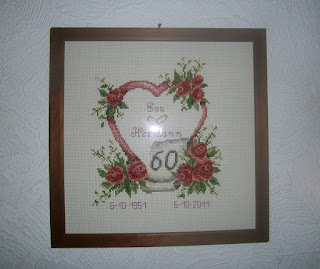 This is a kit from Vervaco, and the very first kit I bought online. I had been searching for something for the occasion specifically, and when found it stumbled upon a few online shops and then I started to discover this whole world of stitching treasures out there, and the rest is history! Of course the next kit I stitched was also for her, since she loves turtles - this was the first project I ever posted pictures of online I think. So I can honestly say, without my grandma, I wouldn't be here (on the blogosphere, although of course I also would not have been born in the first place).

She used to be a crafter too, although she never stitched and hardly sewed (her mum was a seamstress, and she was very hard on her daughters when they were trying to sew, which led to both of them dropping it quickly), but she did a lot of crochet and knitting both for me and my mum when we were younger. Nowadays, she can't do it anymore, she had some troubles with her hands and although she's doing better and probably could handle a little crochet again, she says she hasn't got the time. I'm starting to doubt she'll ever make something again. So I have taking over, supplying her with shawls and wrist warmers and pot holders and whatever else she needs and wants...I can hardly ever say no to her, as you have probably seen when following my blog for a bit :) And I surely hope that I will continue to craft for her for a long, long time.

Here are some more examples of what I have made for her over the last few years: 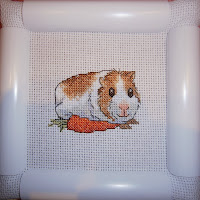 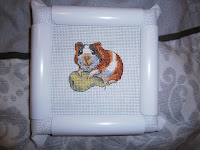 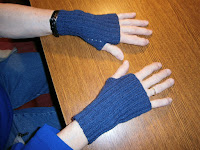 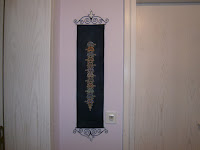 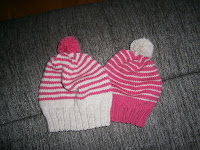 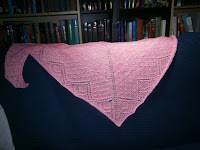 Posted by Leonore Winterer at 17:30

Beautiful projects Leonore. I'm sure your grandmother loves them all.

Thanks for taking part this year. Lovely to read about your grandparents, they really are special people for so many of us.
I did not realise she was such a turtle fan! Did you know you can adopt one for her via the WWF? £3 a month (or equivalent) and you get a cuddly turtle and regular newsletters. From the WWF, not the actual turtle, they can't type.

You've made so many beautiful things, of course she loves them all!

BlueHost is definitely the best web-hosting provider with plans for all of your hosting needs.