You might have noticed that the 'Catch Up' is now missing from the title of these posts - that is, because, even if there are only a very few days left in June, I have finally managed to catch up and will be presenting this post to you in time! Woo!
And to celebrate, there will be not only one, but two pictures of cute little Witches today: 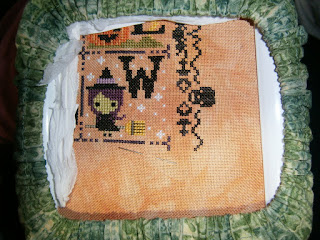 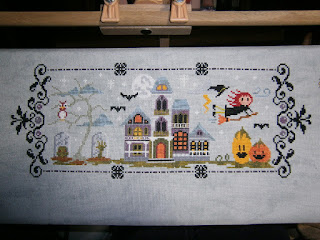 ...and also two words, that both are kind of from the 'intranslatable' category: The first one is 'wanderlust', which you probably know since the English language has 'adopted' it - it's the feeling of joy when you are out hiking, or the longing to go hiking when you are not, or, less literately, the longing to travel or to move and not stay in one place for too long. In German, 'Wandern' can not only refer to 'hiking' as a past time, but also famously to the 'Wanderjahre', the 'wandering years' - it's something that, in old times, all people of trade had to go through after finishing their apprenticeship: For some years, they had to leave their village or town and travel around, work for masters in different place and learn from them. They were not allowed to come within a set distance from their home. Some trades, especially carpenters, still practice those 'Wanderjahre' or 'Walz' today, although it's no longer mandatory to go.

The second word I want to talk about (although it's less interesting maybe) is 'Waldeinsamkeit' - being alone in the woods. Historically, it's mostly used for monks and ascetics who chose to live alone in the woods, but in modern times it can also relate to seeking out the soltitude of the forest to calm down from a hectic modern life.

So that's it for the 'W' post - I'm looking forward to July, when I will hopefully be able to get my 'X' post up right away (if I can think of anything with that letter at all!)
Eingestellt von Leonore Winterer um 16:48

Love both of your projects Leonore.

Both projects are so cute! I love Halloween stitching!!

Witches, of course!
We have a similar word "Journeyman" to describe a craftsperson who is more than an apprentice but not yet a Master Crafter.

Great post. Glad you are all caught up. Good job!

What great projects, and thank you again for sharing some interesting words x

Love them both, so adorable!