If you've been following my blog for a while, you know that I usually like to make a new small something for Jo's monthly SAL checkins, but the past few months have shown me that I am hard pressed to both do that AND meet my stitching goals on the other projects at the same time...so I've made the executive decision to save a little time and use older pictures for this posts, if I have some that fit. And since I missed last month's checkin altogether, you're probably in for a looot of pictures...you've been warned!

Last month, the topic was specialty stitches (and as I learned from Jo, I've been pronouncing these the US way all along, even though I originally tried to learn British English!) and while I don't get to use those very often, I do love them. Most prominently, my Angel of Frost had a TON of them, especially in the border, and I've done two band samplers (also something I love and don't do nearly often enough): 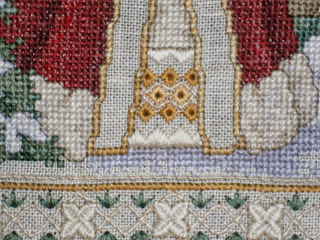 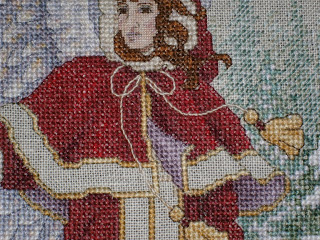 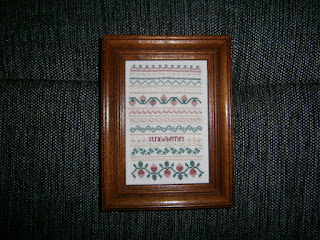 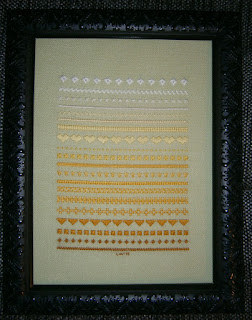 Now for this month, the topic is 'Flowers', and I've done a few of those as well! A pillow case with big bright tulips (which reminds me, those still need finish-finishing!), a couple asters, a garden sampler, and most recently, my Hello Spring card. Quite a few WIPs as well...which reminds me, I'll better get stitching ;) 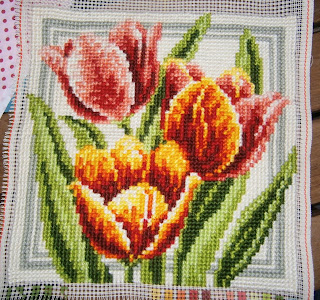 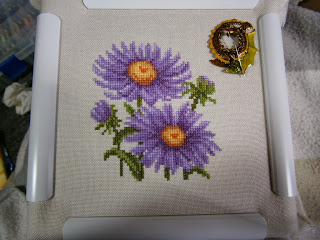 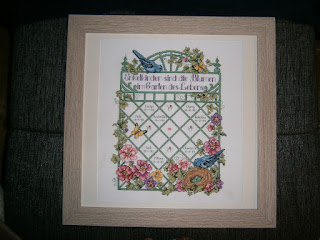 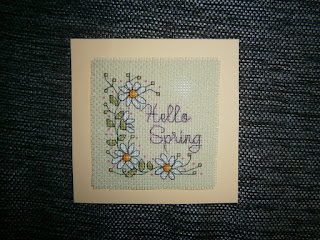 Posted by Leonore Winterer at 21:22

Oh, those flowers are lovely--really beautiful tulips! And your specialty stitches in the border are truly special, Leonore! Enjoy your week :)

Lovely work with speciality stitches and flowers. The band sampler is really effective using graduating tones of yellows, and who couldn't fail to be cheered up by the brightness of the tulips? :)

Thanks for taking part in The People's Choice for the last two months! I love the graduated sampler, such beautiful colours.

So Many beautiful flowers, Angel Of Frost specialty stitch's are beautiful, she is an amazing design.
I love the Daisy design the best it is my favorite flower, so simple but so beautiful.

Oh your Angel of Frost looks stunning - I imagine time consuming too??

Your angel looks lovely and all the flowers are so beautiful!