I can't believe January is almost over already! I had a good start to the month, crafting wise, but with grandma's visit to the hospital everything went sideways for a bit. She's been at home since Wednesday and seems to be recovering nicely, so hopefully, things are back on their way to their usual boring selves. Actually, boring sounds great about now!

On SALs in the sense of 'stitching a certain part of a pattern per month/week', I'm only doing one this year - the Unconventional XStitch Fire and Ember SAL, which has been going on for almost two years now and which I will hopefully finish in October.
SALs in the sense of 'checking in on the blog every month', there's WIPocalyose, of course, and then also Gifted Gorgeousness (stitching on projects that either are gifts or use gifted supplies) and die Zodiac SAL (themed SAL to the twelve signs), both hosted by Jo. I'm also trying to take part in IHSW (International Hermit and Stitch Weekend) every month and blog about it afterwards, and I'm doing Stitch from Stash in the group on facebook, but probably won't talk a lot about that here.

I also just spontaniously decided to give the Olympic Stitching Challenge a try this year, and I choose the Endurance Race. I need to seriously buckle down and make some progress on 99, and while I can't promise I won't work on anything else during the time - all those bottles are seriously boring after a while - I will try and focus on this project. Maybe I will try to stitch one bottle every day for the duration of the Olympics, even if I know that's not going to be easy on some days.

So now for my monthly progress. I'm doing the 18 in '18 this year, so these are the projects I'm talking about here- I've worked on 5 of 18 projects this month, and I think I already showed you all but two of the pictures.

1) Fire and Ember SAL
I finished my obligatory page on this after 10 days of stitching. Page 17 had a lot of detail on the dragon - two partial feet and a bit of his head scales - so it took a little longer to stitch than I anticipated. Here it is with page 17 all finished: 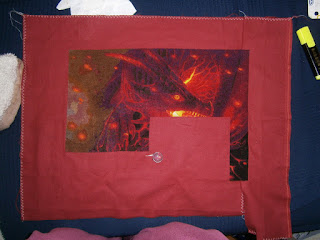 2) The Puppeteer
I was a bit behind on this starting into the new year - about two weeks or so - but I'm all caught up now and sticking to the plan. I finished the black on page 12, and am now a good way through page 13. 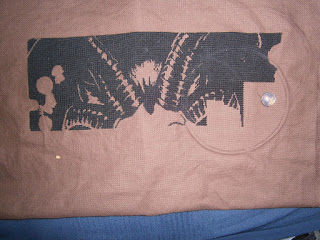 3) Snow White
I was about thee weeks behind on her when I started the year, did one good five day session and now I am *drumroll* five weeks behind! Well, it happens. I know I can catch up rather quickly if I can find the time...and she did see some progress at least. 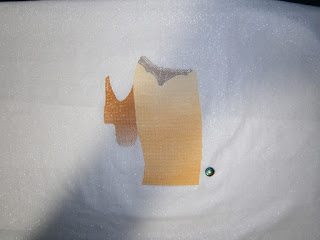 4) 99
This really should be more of a focus project if I want to have it finished by August...but I only stitch on it for about a week and managed to finish four bottles. I should be at at least 30 bottles total, and only have 22...so I see some serious stitching in my future! 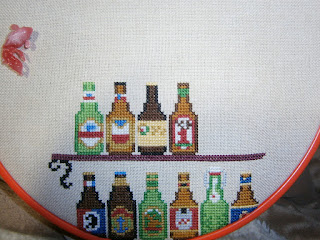 16) Ornaments of the Month
I just finish-finished the Tanzanite ornament I stitched up in December, and I will post the January ornament for the Zodiac SAL shortly. I am still behind by the two additional December ornaments I didn't stitch yet, but that's okay as I still have three 'free' months on this at the end of the year. 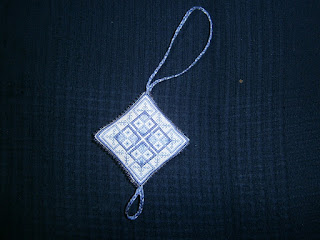 So to recap: one month in and I am behind on four of my monthly goals (fourth one are the Princess Fobs, I haven't stitched on of those in two months now). I had two finishes not on the list though, so I guess it's okay, but I will still try and change that next month. My goal is to not fall behind any further, and to catch up at least one, better two. Hopefully I can make that work!

Posted by Leonore Winterer at 21:42

Good luck making lots of wonderful progress. You can do it!

You have some great projects going. The ornament is gorgeous!

Nice progress on all of your lovely projects Leonore.

Everything looks great. Life has a horrible way of getting in our way when we're not looking. Fingers crossed that February is better for you.

Pretty blue fob and the Fire and Ember design is impressive, I think you have made good progress.

Great post. I like the idea of stitching one bottle a day for the marathon in the Olympics.

Beautiful ornament and your Olympic challenge sounds like a good way to catch up. The dragon is very cool, looks like a challenging chart. Good luck with your goals next month.

Fire and Ember is looking so amazing! x

Lovely work on all your projects, I always love to see your work on the Fire and Ember SAL, those colors are so vibrant =) You idea for the Olympics challenge sound good, I'm looking forward to see more work on your 99

Thank you :) The dragon is a lot of fun, but I stil can't wait to have him finished and framed on my wall!

Thank you. Life is really inconsiderate, isn't it? February is looking a little better at the moment...so far, so good!

OHHHHHHHHHHHH, look at EVERYTHING! The Puppeteer is more done than I had thought! STILL jealous of your Fire and Ember and your ornaments are so pretty :D