Just a dew days late this time...at least it's still November! I've had a great crafting weekend, finishing a few things (I'm almost ready for my Zodiac SAL too...so much for being earlier this month!) and I also have a few things I can show here, mostly progress on my ongoing BAPs.

But first, the question of the month: What finishing style have you never tried but would love to do?
An honest answer to this would probably be 'almost all of them', since I haven't done anything but framing and whip stitch ornaments/biscornu so far. I am, however, in the progress of doing some more sewing intensive finishes (well, I've been working on that for two months on and off since I'm terribly slow with these things) and I also really want to try those no-sew boxes Jo did last year with some of her SALs!

So for stitching, I finished another rotation on Snow White (actually, she's up again this week already...once I get some SAL stuff done. Maybe I'll have to play catch up later.). I almost finished the current shade of yellow, maybe I'll work on her sleeve of bodice for a bit before tackling the next massive block of yellow afterwards! 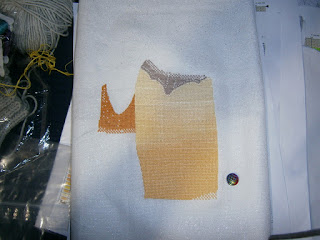 This weekend also brought a new page finish on Fire and Ember - this is page 15, but the 17th page I've stitched. This was just background, but the next page will have some dragon again. 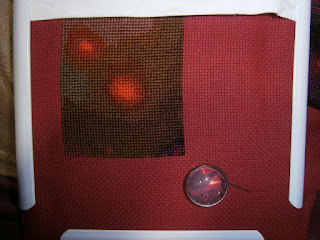 Another 'pagefinish' happend on the Puppeteer. That was page 10, so on to page 11 it is. 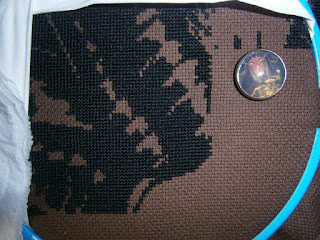 Last but not least, I finished knitting Felix' hat. I still need to weave in the lose ends, but that's one point down on my way-to-long to-do list. 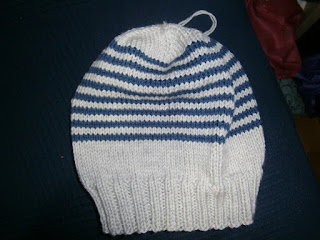 On the topic of to-do lists...I've decided I want to try a "18 in '18" list of projects to work on next year. I've started working on my list, but still need to add pictures, and I might switch out one or two projects as well. I'll consider it 'work in progress' for now :)
Posted by Leonore Winterer at 16:51

Great progress, especially the BAPs!
I will be doing the 18 in '18, my 8th year of that challenge.

Lots of great progress - and mini finishes! Such a lovely hat too x