Hello my lovelies, it's been a while, but I'm finally here to catch you up on everything that happend! Well actually, not too much has happend, but we spent the weekend at Felix' parents, which is usually quite busy, we were with a friend yesterday evening and today my grandparent's electric cables needed some fixing (thankfully, I picked a guy who can deal with this sort of thing!), and that on top of me wanting to finish certain things before posting again lead to this a-bit-late post, which will double for WIPocalypse (sign in was on the 4th, I think?) and Tons of Tiny (which is due tomorrow, but what's the sense in making another post then without anything new to show?).

So this month's question is How do you overcome that feeling that you’re in a rut with a particular project? and my answer is that, basically, I don't - probably I haven't been in a real rut yet, but for my deadlined projects, I always managed to just pull through, and the others get usually put aside for other reasons (distraction everywhere!), so I can't really provide anything usefull here, sorry. I'm sure I will experience it eventually, but right now, I haven't.

No for the stitching stuff, I'm trying to do this in chronological order: Since we were away for the weekend and DF isn't really portable, I had only four days to finish the next columns, but I managed in time - which means only one more to go for a page finish, which I hope to acomplish this week: 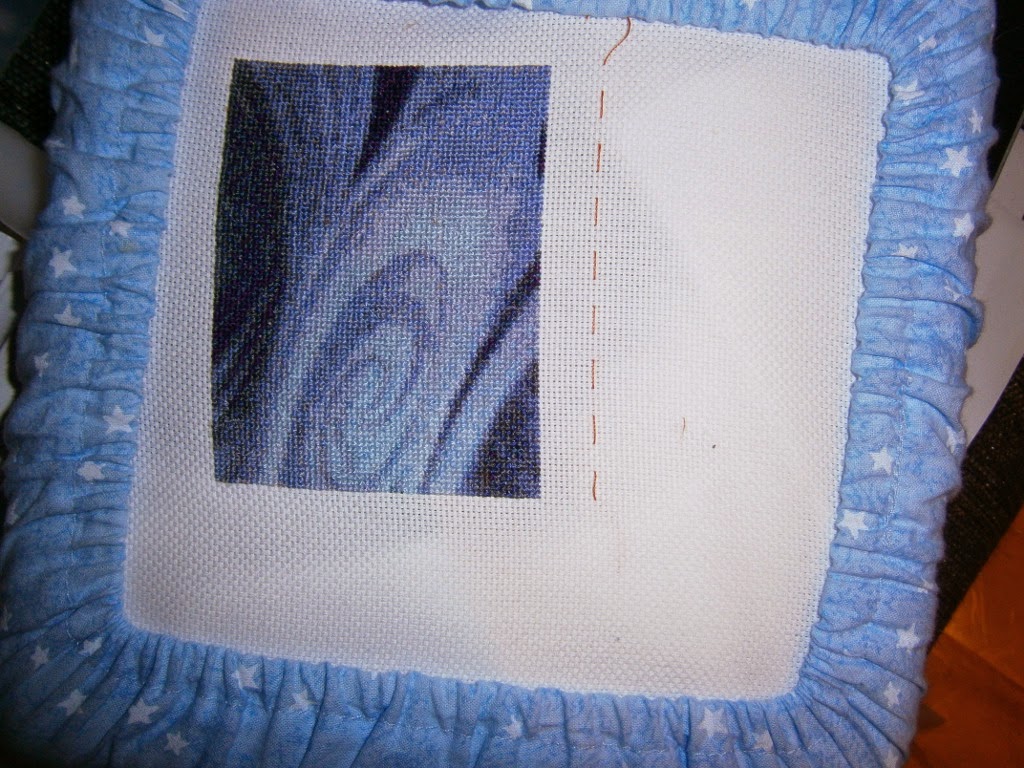 I then used the weekend to catch up with my SALs: I stitched the latest two rows on the Mystery Band sampler (chevron stitch and Montenegrin cross stitch), and the February ornament of Magivals ornament of the month SAL, for which she had generously helped me out with the threads I didn't have yet - this one was really fun to stitch, just as January, and I can't wait for the March one! 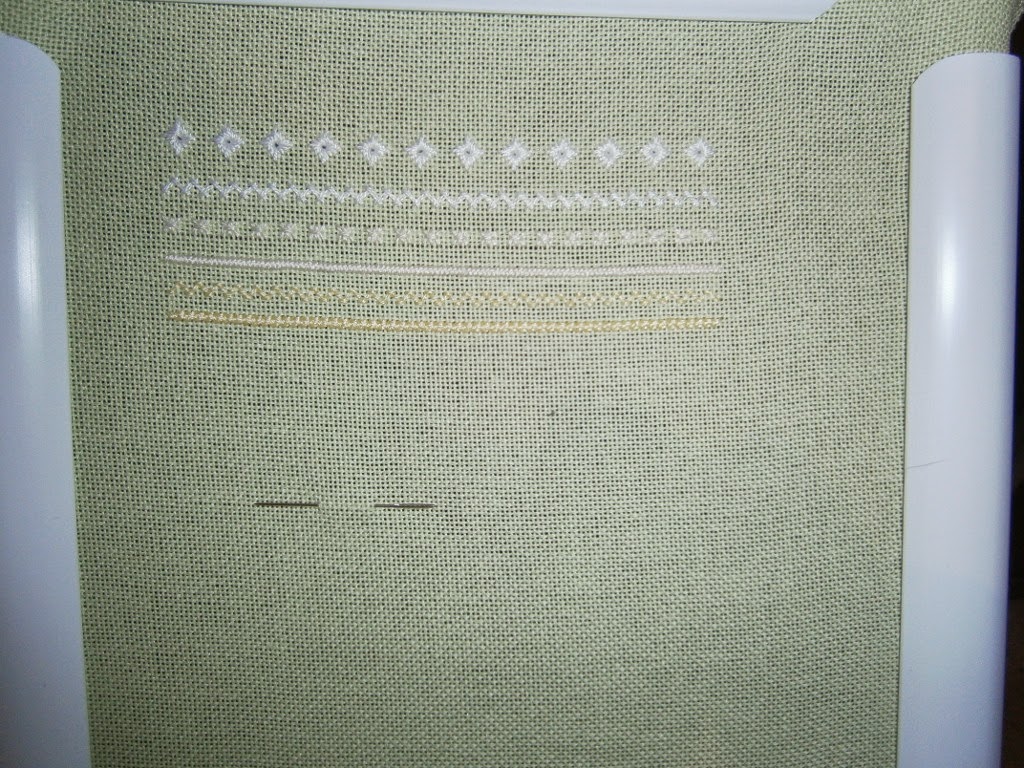 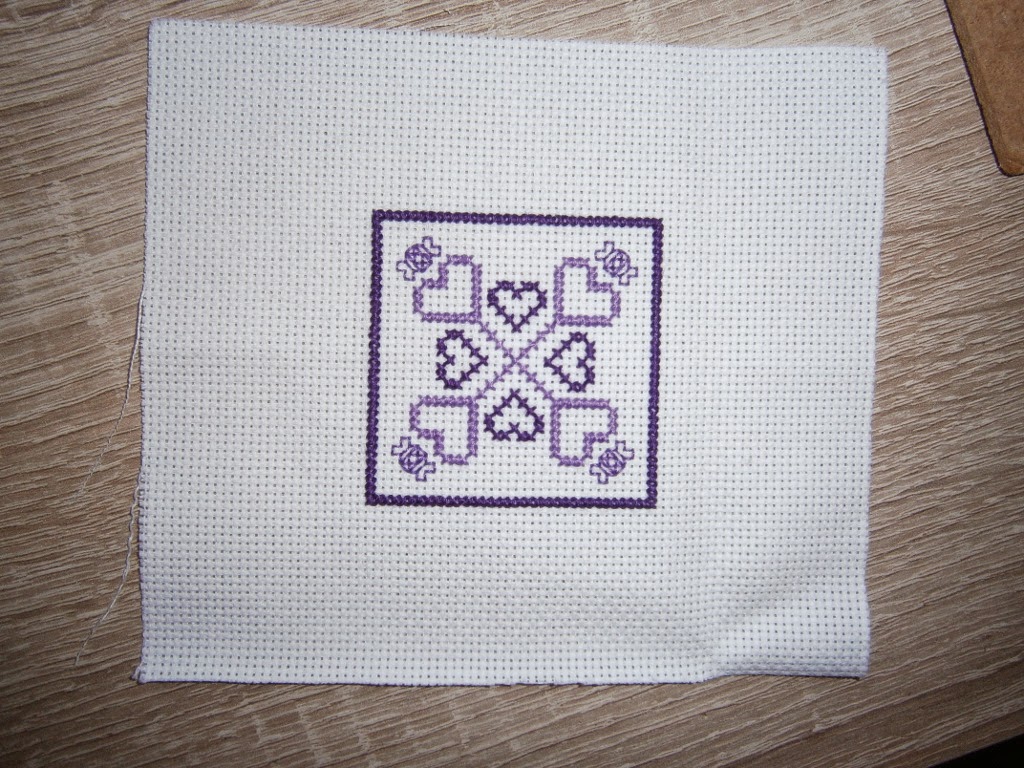 The rest of the time I worked on Lady and Tramp, starting page 2. This looks fairly easy so far, lots to go with one color before switching to the next one, which you can see quite nicely with the green I have done so far: 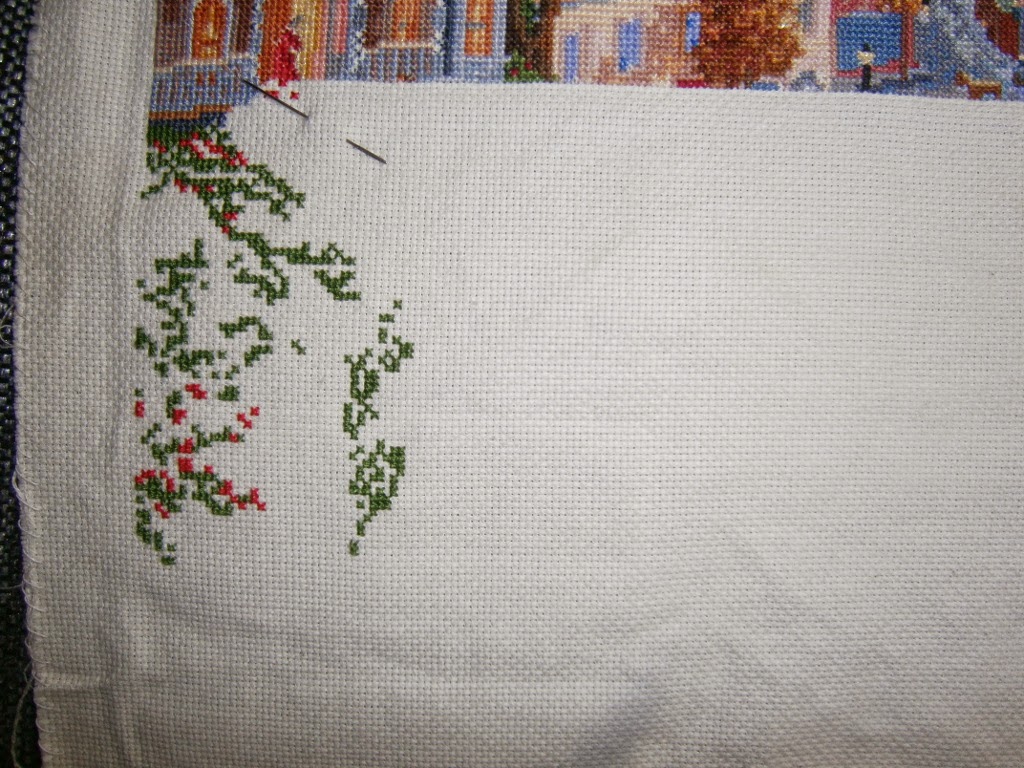 And last but not least, when we got home on Sunday evening I managed to finished the last bit of backstitching on page 3 of Cut Thru' Cottage - so far it was mostly half pages, the following ones weill be a bit bigger. 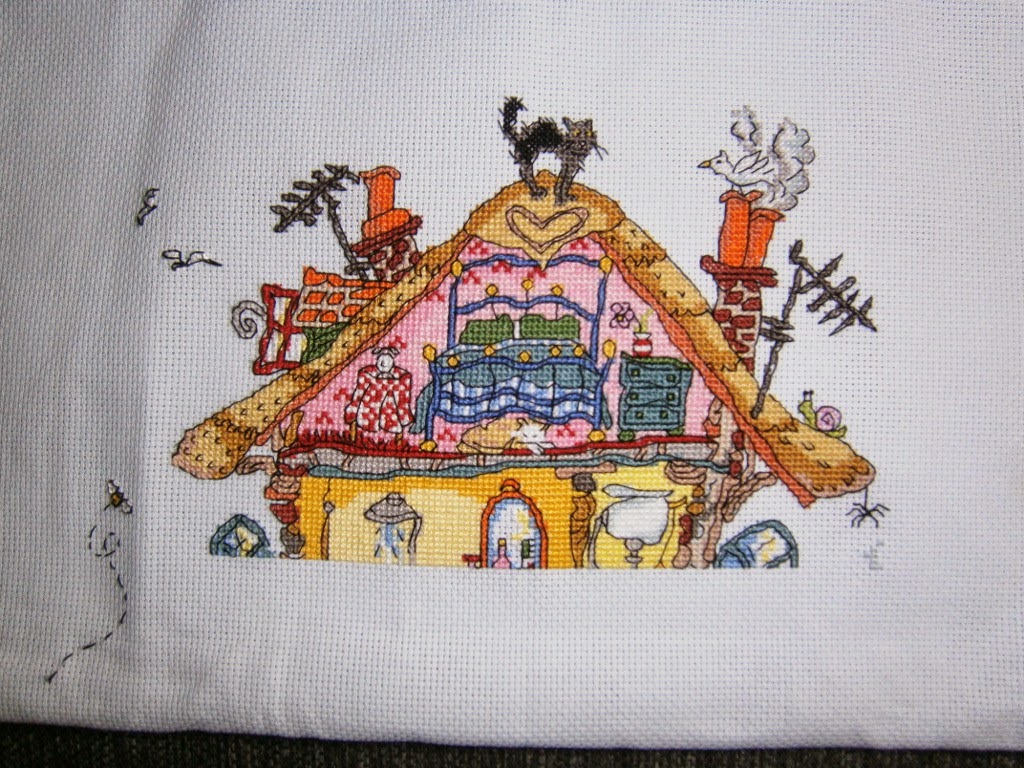 For Tony of Tiny, the February Ornament shown above and it's January sister piece (can be found in my finishes section) are all I got so far this year...the start of DF has distracted me a bit from everything small ;)

As for watching, nothing too exciting happend: bit more of Supernatural (S2, E15-18), lots more of Big Bang Theory (S2, E5-23 and S3, E1-3). Yesterday we were at a friend's of ours and watched The Prince of Egypt, which I really liked (I hadn't seen it before).

It's already a bit late today, so I'm just going to leave this picture heavy post here and try to get a bit of actual stitching in - we'll be gone again for the weekend, so in case I don't get to post again before that, I wish everyone who celebrates a happy Valentine's Day. I'll be back soon with another Germany holiday soon too, so keep your eyes open!

Love all your projects Leonore and you have made nice progress.

everything is so beautifully stitched! I'm a bit off track, but really applaud your getting things done amid all the busy schedule you have right now!

It's all so lovely, Dark Force is going to be gorgeous. Have a good weekend away

All of that progress is awesome.

And I can't wait for the next German Holiday!

Wow you got so much done! I am impressed! Your ornament looks wonderful <3

I was a bit suprised myself when I went through the pictures...it didn't feel like this much, but I'm glad it is. Thank you!

Thank you! I hope I can get around to writing it soon :)

Thanks! I'm trying to not lose track too much, I need my little moments of sccessfully finishing stuff to pull through :D

This is why having a blog is so great, you can really chart your progress. Love the swirls on DF.

DF is just flying along, I'm a bit jealous! Watching Lady and the Tramp grow, it seems like those Kinkades would be pieces I have to frog every other stitch, haha. Lovely progress on all~ :D