Little - late check in for two of my SALs, and a few more to go - I don't know how I always manage to be late for this stuff. But last week was strange like that anyways, I was supposed to have tons of times compared to the weeks before and then stuff happened and I got disctracted and long story short, my progress is nowhere near as impressive as it could be, but still visible :D I was also able to make at least a bit of use of IHSW and spend a tiny bit of time in the video hangout with some of my girls, which was nice :) I have a few more things to tell about the weekend, but those I will save for another time in order to get this post down quickly, I think I'm brewing out a cold and my head is hurting a bit so I want to get off the laptop and into bed ;)

For one, I managed to finish another column of DF. Didn't want to take it out of the snap for a complete shot, but you can see that the swirls are starting to get even more interesting here :) 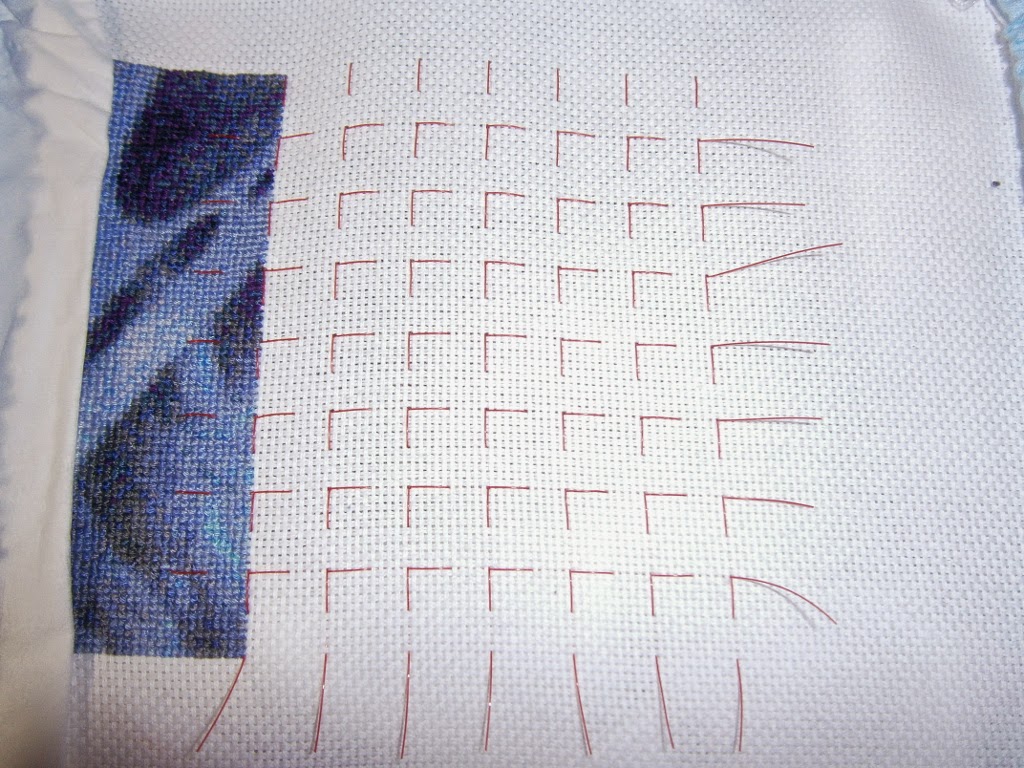 I also continued knitting on my first BSJ...the baby can be born any day yet, so I gotta get this done. Still quite a bit to go, but it's fun, and I also decided on and bought the buttons for the jacket - three adorable little owls that I'm very pleased with :) 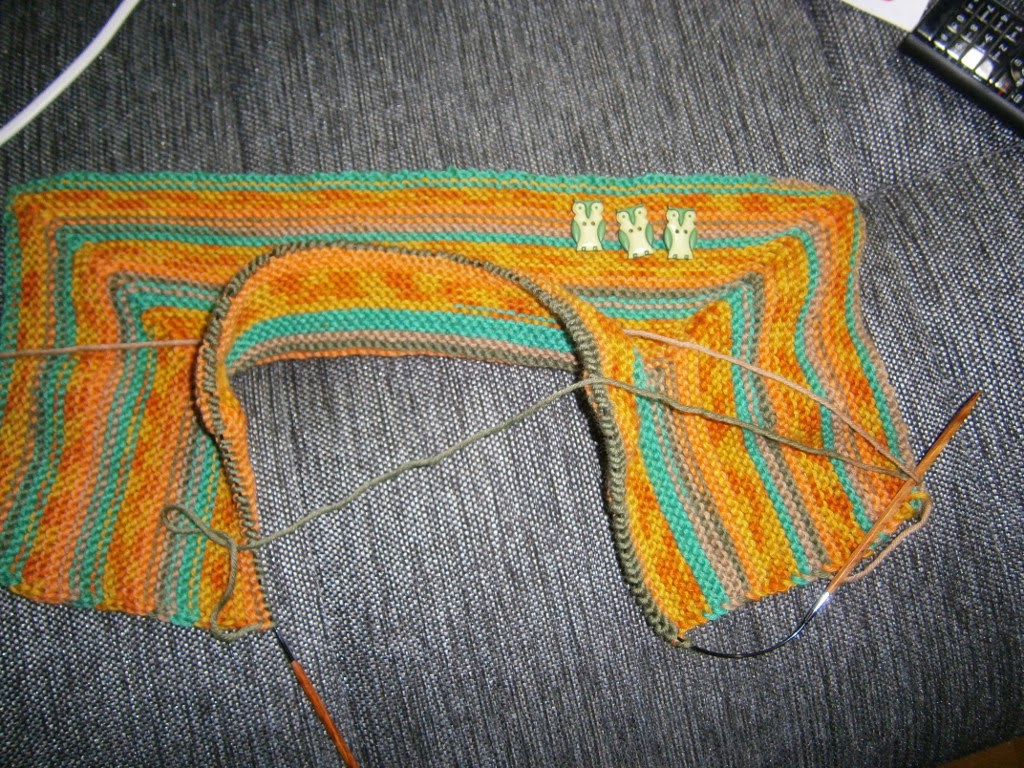 And last but not least, I continued working on Smart Gosh for my grandma. I'm almost done with the cross stitching now, so hopefully, there will be a finish this week: 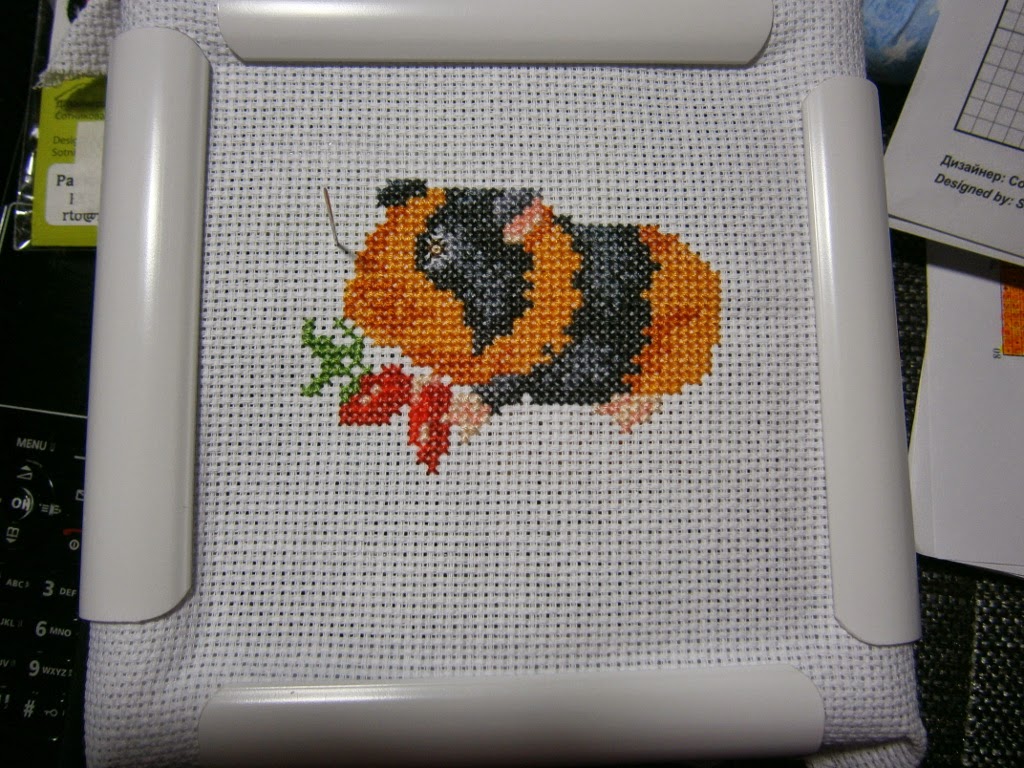 I also missed the sign in for Totally Useless Stitch Along (TUSAL) by a good week, but nevertheless, here is my ORT char - filled mostly by blue bits from Dark Force, and a few differently colored ones from Lady and Smart Gosh and the Band Sampler. 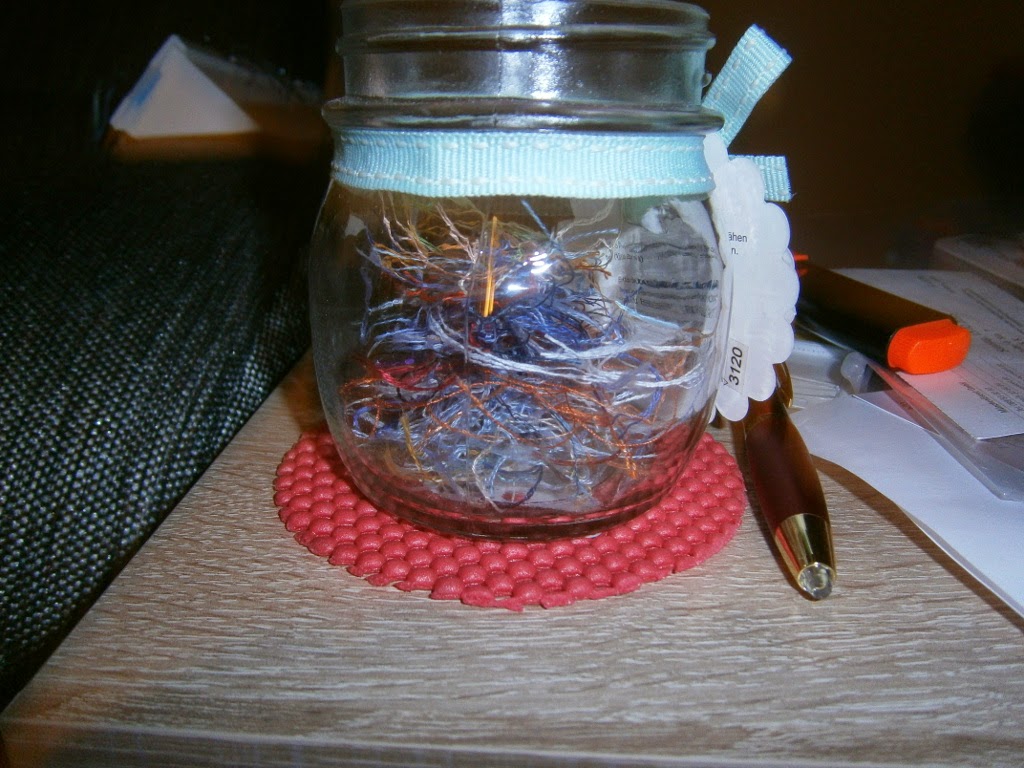 Bit of watching happend as well this week - Supernatural (S3, E2-4), a fair bit of Big Bang Theory (S3, E 22+23 and S4, E 1-17), and also another Episode of the Original Star Trek series (S1, E3).  Also some movies - my pick was Jonny English, which was nice, but not quite was hilarious as it was made up to be, and Felix' pick was The Mummy (the new one, as I just learned there is an older version as well), one of his favourites that I hadn't seen yet. He tried to tell me that it would be 'a fun movie', but that 'buried alive' part in the very beginning is giving me nightmares, so much for fun...
Posted by Leonore Winterer at 21:37

Nice progress on all of your projects Leonore.

Great progress! The jacket is so cute, I love the buttons. I hope you get some extra sleep and don't come down with a nasty cold. And no, the mummy is not "fun" lol.

It still seems like you have completed quite a bit! Love the buttons!

Thanks! This coldis feeling much better this morning, only my throat is a tiny bit sore still. It seems Felix has a strange interpretation of 'fun' sometimes...

Maybe, it just seems so little compared to everything I want to complete, haha :D

I love the cavie! And great progress on the knitting :)

So much progress! Well done :D I really love the colour of the wool you decided to use for the baby jacket :)

Thanks! I do as well, it's so nice and bright and not quite ordinary :)