So it turns out IHSW acutally should be this weekend instead of last, just as I thought - not that it's going to make any difference for me, my weekend all tend to be about the same those last few weeks/months/how long has this been going on now? Getting up, trying to work, failing miserably, getting a few stitches done, trying again, maybe actually get stuff done, then some movie watching and stitching in the evening before bed. Not just the weekends, but just about every day looks like that now, but there really is light at the end of the tunnel - I'm at 25 pages of my thesis, so I only need about 15 more (although more is always good) and I pretty much know what to write, I just need to get it done. Should be posible during the next 8 days or so, right? Right? I hope I'm right... 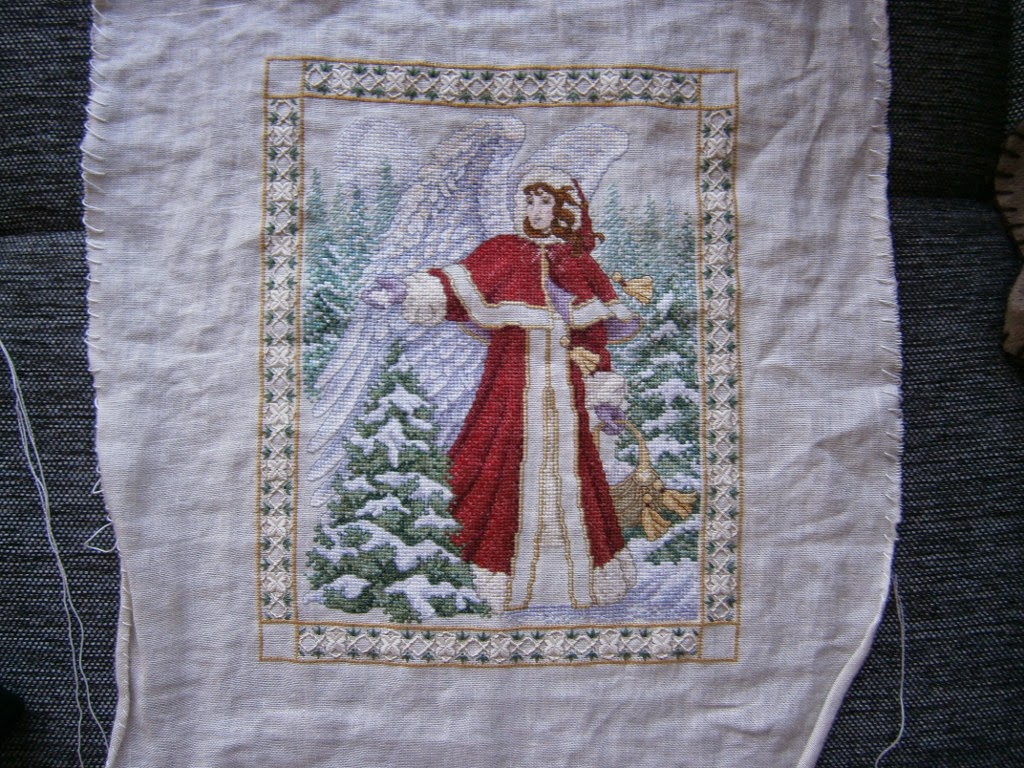 ANYWAYS, you're probably not here to hear me rambling, so lets get to actually stitching and stuff - short and sweet due to a lack of time, lets not get into that yet again. I did work more on AoFs border (after finding another skein of Ecru in The Enchanters threads), and as you can see, I actually finished all of the diamond lattice as well as the lazy daisies. I've become a lot better with those now! In fact, there's very little stitching left to be done, so little that I actually hope to get down to the beading before next week's post. I actually started planning my next project already, but I'll tell you more about that in the SFS post next week. 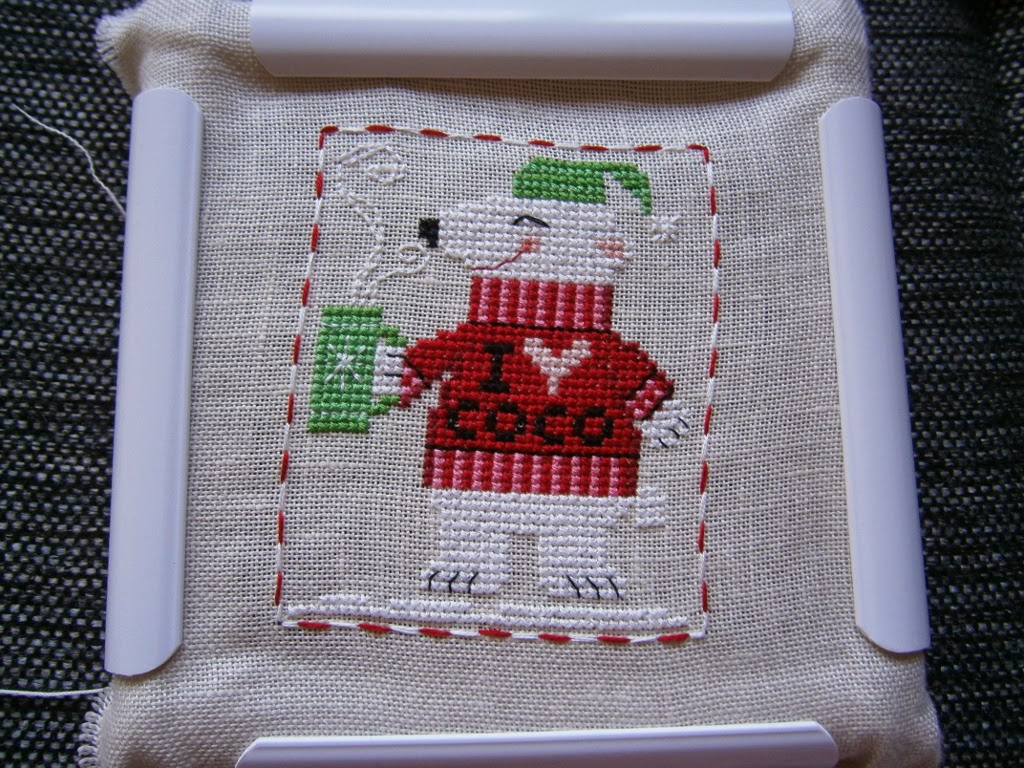 I also finished stitching my ornament - not done the finishing-finish yet, but maybe I can get to that tomorrow. Everyone seems to share their ornaments now, effectivly lifting the whole secret-thing, so I might as well do it myself: This is Peter Polar Bear, one of the free patterns of Brooke's Books Advent Animals series. I didn't stitch the number '2' that usually comes with him to make hm 'stand alone' and I was thinking about putting something else there, but I think it looks good as is actually. Eventually I'm going to do all of them to get a full set (so I'll do Peter again as well), this little guy was really fun to stitch ^_^

We were so very busy this week, not even a whole lot of watching happened.  (Also, the last post was on a Monday, if I remember correctly, so it hasn't been a full week yet). There was a bit more of The Walking Dead (S3, E3-7) and The Nanny (S3, E19-24), and since we had enjoyed Wasabi that much last weekend, we also watched another Jean Reno movie, Rubin & Quentin/Tais tois! which also has Gérard Depardieu to make it extra funny - Reno is a cold-blooded killer and Depardieu a stupid petty criminal who meets him in prison, decides that he's his best friend, and refuses to leave him, even when he flees from prison. Very funny and just what you need after working with numbers and stuff all day long! :)

I hope I'll be able to tell you more next week, but for now that's it...have a fun weekend, and goodbye!
Posted by Leonore Winterer at 21:35

Peter is adorable, I have a bit of a thing for polar bears.
I think we've gotten to the point where we are making up our own IHSW dates, everyone was so busy this weekend.

Polar bears are adorable, no argueing that!

I think it's okay to hold IHSW the weekends that fit us best instead of the ones it's supposed to be held...no use ins tressing out over it, right?