And I'm back once more - yesterday night we spent at Felix' uncle's house who celebrated his 60th birthday, and then I good deal of today was spent sleeping, but  guess/hope everything will be back to normal now, expect for exams and learning and stuff and okay maybe I will be busy for a while longer.

Anyways, I'm here to tell you about my stitching success, and that's what I'll do! So for once, I started with the Game of Thrones bookmarks which black-lupin published via dA and which I want to make into kind of a 'on the road' project because the patterns are rather small and don't use too much different colours each. Frist up for me is Tully, and while I was at Oldenburg, in breaks and on the train ride there and back again, I got a bit done, at least the words and their background which is about 1080 stitches and not too shabby at all for such a busy week. 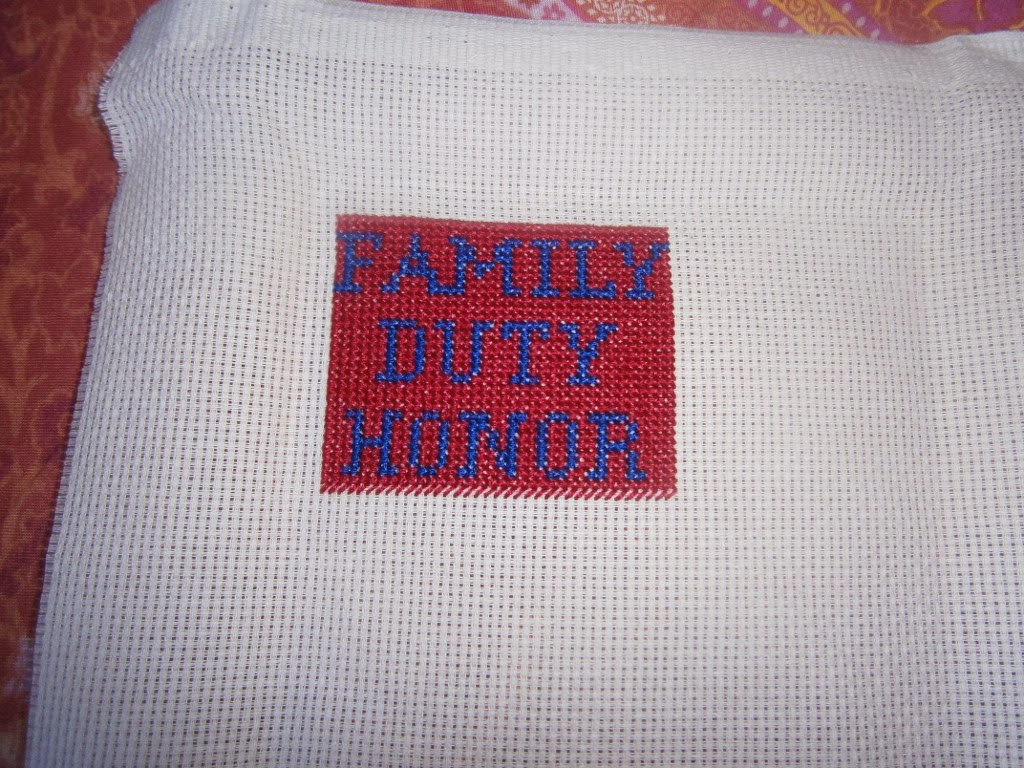 It's really fun to work on this, at least the first few I got planned are fairly easy and don't involve that much of counting (I guess that will change at least for Lannister and Stark) and it's quite relaxing to work on them. Also, I just finished reading A Dance with Dragons, and unless Felix finally catches up with reading so we can get on watching the TV version, there will be no more Westeros for me until 'at least 2015' which is when the 6th book is said to be ready - and that with all the cliff hangers this guys uses, sigh.

When I got home, a little suprise parcel was waiting for me - I had all but given up hope that they would arrive in time, but the two little RTO-kits I ordered for my grandma's birthday on friday actually got here before I did. They are two guinea pigs (which my grandma loves ever since I had three of the little critters as a kid) out of a series of four, and I also want to make the remaining two for her eventually. 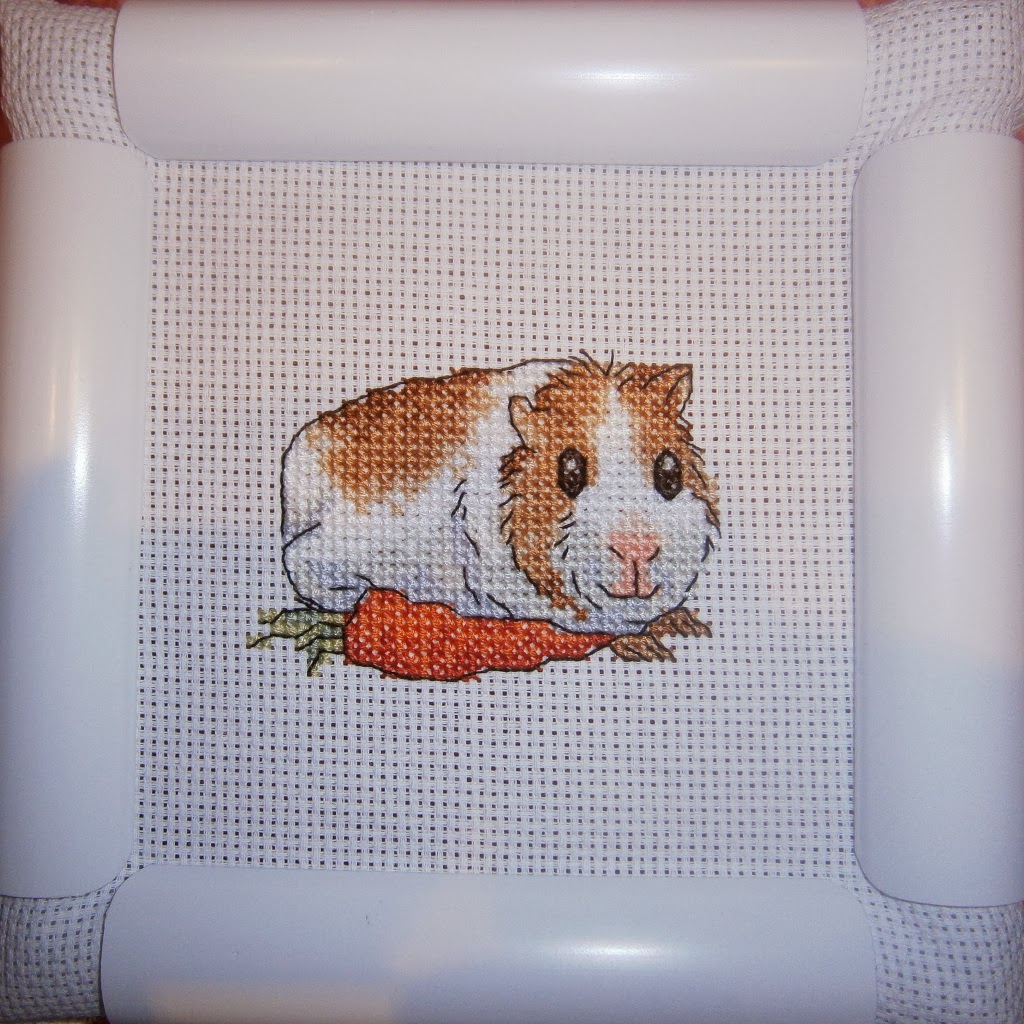 Both are pretty small, easy to read and fun to make kits, and a little stitching on friday evening, a few hours on saturday morning and some more work today, a total of 761 stitches, already saw the first one finished - tomorrow I'll try to find four matching frames so I can finish this one up, and I'm just about to start the second one.

I was thinking about trying something like a progress video with this one, but this would have been awefully short, so here's a progress gif instead, I hope it gets displayed here correctly. He's called 'Cavy with a Carrot' by the way.

Oh, and of course some stuff was watched again - because we now have amazon Prime Instant Video, we got to start Navy CIS season 9, and we're also taking turns picking movies - my choice for now was Despicable Me (great animation and I regret not having watched it before, although I of course already knew the minions) and Felix' was Kill Bill Vol. 1 (bloody mess, but I had already watched it once and knew what to expect - and it's still quite awesome, I'm looking forward to Vol. 2 which I don't know yet).

Posted by Leonore Winterer at 20:32

Cavy is adorable, I used to have a guinea pig of similar colours, Daq was his name, short for Daiquiri. Stark is the most work of the bookmarks but well worth it so nice that you've joined me in doing them.

Don't know much about Games of Thrones, but I do like the guinea pig - very sweet.

I love the little gif!

Great idea with the progress .gif! I like the pattern too. :) I saw cavie show at the recent agricultural show and it was wonderful to see so many adorable little critters.

Guinea pigs are great, I still remember the cute little noises mine used to make ^_^ The bookmarks sure are fun, Let's see how long it takes me to get them done the way I work on them right now...

I can really recommend it, the books and the show both are great.

Thanks! I sometime visit our local pet store just to see the little guys ^_^

I quite like it as well, I think I'll make more of these for little projects in the future :)