Daniela from Gemachtmitliebe.de, one of the few German blogs I follow and focused mostly on crochet and knitting, is hosting a monthly blog parade where she poses a question and people get to answer in their own blogs. Since I really enjoy working with wool and yarn, but focus mostly on cross stitch in this blog, I figured it would be a nice idea to take part in this as well :)

The first monthly question (or rather, the quest for the first month) is to show and talk about our favourite amongst our finished crochet pieces. I have to admit that I don't have a lot finished crochet pieces, I didn't do much in the last years and most of what I have done before that where oven mittens and stuff like that, that got used and eventually worn. But there is one project (or rather two I made shortly after one another), that kind of marked a new eara for me, so this is what I picked: 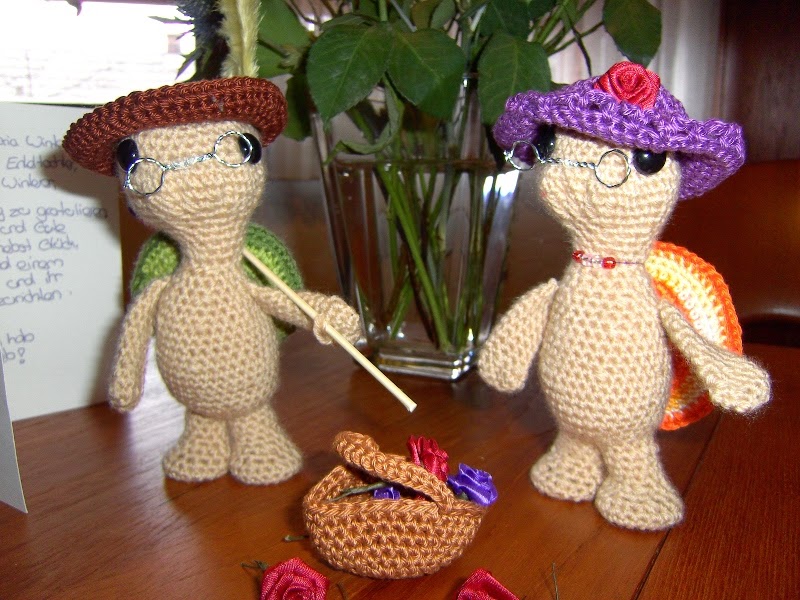 This lovely pair of turtles was a gift for my grandma's birthday a few years back. The pattern (along with that for a pair of bunnies that Felix got for Valentine's Day) was my very first etsy purchase, but also my first time buying a digital pattern at all - so you could say this project marks my first entry into the amazing online community of crafters! Crocheting these two (and the bunnies) also marked the end of a kind of craft slump I had been in, it was with these that I started to do a bit more again here and there which finally lead to the stitching craze I am in today :D I also really liked working this patterns, there where so many things that were new to me who had only crochetet patterns from books until then. I loved all the little details, that they can actually stand on their own, playing with wire for their glasses, and so on and to forth. My grandma was really happy as well, which is another plus! I needed to dig quite deeply for this picture though, I didn't take many before my blogging days.

Speaking of crochet and knitting, I git some lovely new yarn these past days, as well as some ideas on what to do with old one I still have, so I might pick up some bigger needles in the upcoming weeks :) Here are my new additions: Three more colors of the yarn I used for the baby jacket, and some hand dyed sock yarn by an Austrian supplier called Wollelfe: 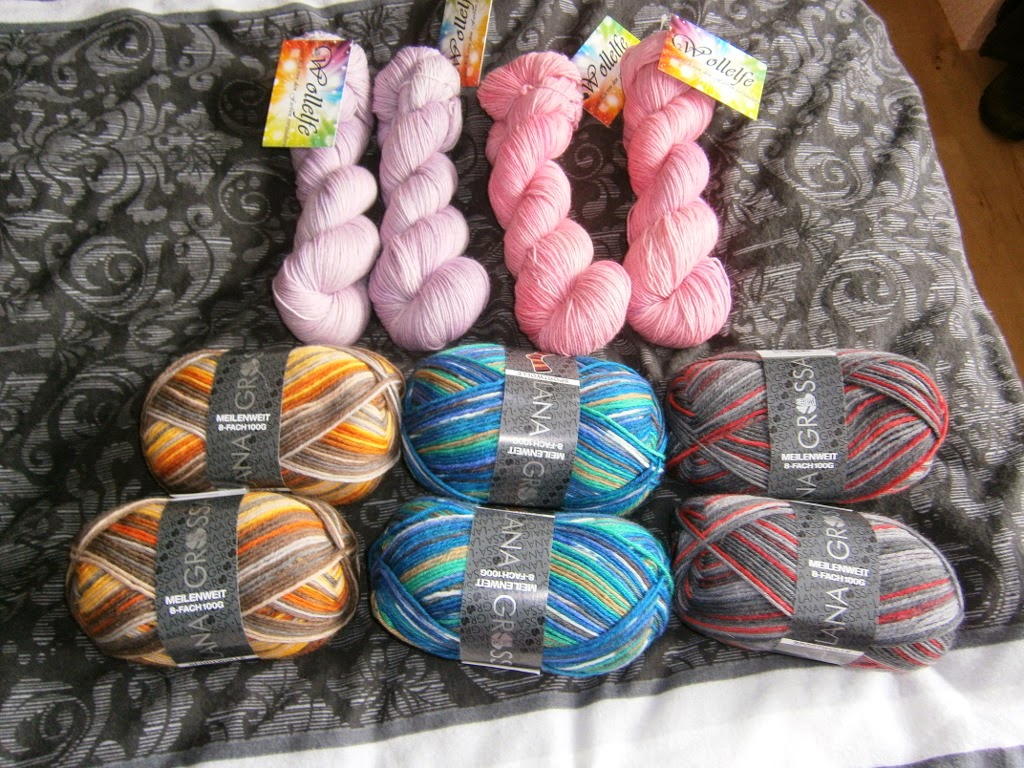 Posted by Leonore Winterer at 17:28

Those turtles are the cutest things ever Leonore.

Those turtles are adorable!

the yarn is DELICIOUS!! Those shanks of Wollelfe are in desperate need of Carla's Wool Stamp of Approval...what this means is...I take the yarn (even if it IS pink) and I test it out to ensure quality. If it passes muster, then I will let you know via lengthy, and gushing email about how wonderful it is so that you can go and purchase more :D

Or I can just admire it from afar.....sighhhhh

You know there are plenty of awesome wool suppliers in the states as well of which I'm totally envious...do you know Miss Babs, by any chance? Her yarn just looks wonderful as well, but it's pretty expensice especially with import costs...

BlueHost is definitely the best hosting company for any hosting services you might require.